Young India’s options: A revolution or suffer the shitshow. 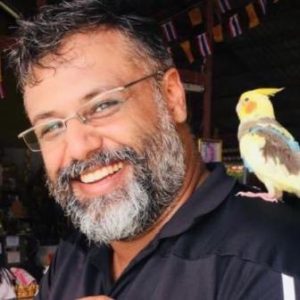 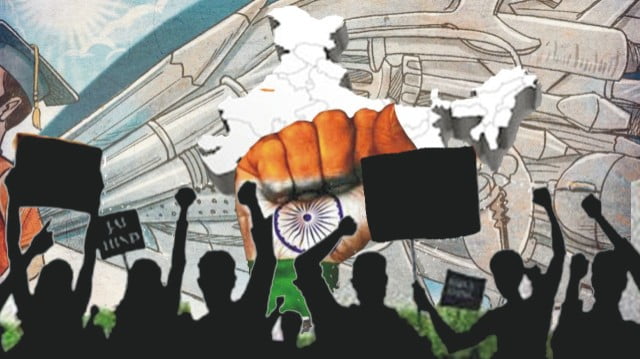 And to make this happen, youngsters must do whatever it takes.

REVOLUTION means different things to different people, and the meaning of the word has evolved over the years.

From 1775 to 1815, between the start of the American Revolution to the end of French, the meaning changed significantly.

“Revolution”, in the mid-eighteenth century involved a change in government, without any connotations of progressive and permanent change. One regime was replaced by the other, and the other could be as bad.

By the beginning of the nineteenth century, it meant a process of quick, necessary, and reformist social and political change. Where the situation of people was expected to change.

As Thomas Paine put it “Reform efforts were no longer directed by a backward-looking concern with an original constitution or uncorrupted state; instead, they became linked to a belief in the advancement of mankind from barbarism to civilization, based on the spread of enlightenment and the recognition of the inalienable rights of man”.

The focus is simply on advancement of people. Youth particularly. Educated, unemployed youngsters to be specific.

To simplify things, Agriculture and MSME employ almost 70+ of our workforce.

With the farmer bills, we have more farmers on the railway tracks and protesting than tilling land.

35% of the MSMEs have already been killed due to Covid-19. Several more are sitting at the cusp gasping for breath.

(Sidenote- Those in the high-end services sector, the problem that companies have complained of is the lack of educated and skilled manpower).

The above-mentioned job losses happened to the existing workforce. We still have not baked in the young people joining the workforce every year.

And this brings us to the 12 million youngsters getting added to the working-age population annually.

Now, with the context set right, you should be able see the scale of the impact.

We are not only losing from the existing 500 million jobs, we are also not creating enough job opportunities for the new 12 million youngsters.

Given the demographic bulge in India, what the youngsters needed at this time was a quick, effective short-term, medium-term and long-term policy interventions to keep them meaningfully employed.

What they got instead, is the highest unemployment rate in 45 years.

That should explain why most of them are disappointed, disillusioned, and well, unemployed, with no sign of light in sight.

Media is compromised, politicians refuse to answer questions, or may I say refuse to honor the democratic principles, and babus, aka the “steel frame” seems to have rusted with corruption and inefficiency.

Is there a way out?

Before we dive into solutions for Young India, let’s quickly look at what other countries did when they had their chance with the demographic dividend (when the population of working age people is more than those not working).

UN agencies say that countries can only harness the economic potential of the young people if they are able to provide good health, quality education and decent employment to its entire population.

If you look at other Asian economies — Japan, China, South Korea — they were able to use this ‘demographic dividend’ to grow significantly using these simple principles of creating & implementing solid policies on health, education, and employment.

China entered this stage in 1994 — 16 years after Deng Xiaoping’s economic reforms started in December 1978. In the 16 years between 1978 and 1994 (post-reform, pre-dividend) China saw eight years of double-digit growth. In the 18 years since 1994 there have been only two years when China could not cross the 8% growth mark.

Instead of seeing an uptick at this critical time, India saw eight quarters of continuous decline in GDP growth since March 2018. India was witnessing the worst unemployment numbers in 45 years before the pandemic-induced lockdown.

Our youngsters instead of becoming upwardly mobile, have been graduating and sitting jobless. Things further deteriorated during and after the lockdown.

So what can the Government do?

Well, PM Modi’s vision of a 5 trillion economy would have been a good idea if steps were taken in that direction. Sadly, his team did not work on making it real.

Improve investment in Education and R&D. Define standards for educational institutes, and hold them accountable.

Getting a Finance Minister who listens to businesses and does not attack people for criticizing would be a welcome move.

If the FM listens, tweaks in GST, FDI rules & banking can give an immediate shot in the arm.

And once we are out of the ICU, long term reforms can be discussed to gain from the demographic dividend.

What can the youngsters do?

As for youngsters, they need to stop depending on any external factors. Be it government for job creation or their universities for placements.

They need to take back control of their career. Focus on developing the skills which companies are currently seeking. Their degrees alone will not get them a sustainable career.

They need to invest their time and own resources on learning, and then get noticed by the hiring managers.

Instead of waiting for jobs to come to them, they need to go out there, gain the experience while studying, and reach out to companies via alternative channel and get hired.

This new model of self-empowerment and ownership will be nothing short of a revolution itself.

Akin to the beginning of the nineteenth century, when revolution had come to mean a process of rapid, fundamental, and progressive social and political change, young India’s “revolution” needs to be for moving from being unemployed to being successful on their own.

And to make this happen, youngsters must do whatever it takes.

Amit Sharma, former COO of a Philippines-based MNC, is now an independent business consultant. He supports industry leaders and C-level executives across the world to improve their business performance. He is also empaneled as a Council Member with Gerson Lehrman Group, New York.

PrevPreviousMumbai Police Chief Will Add To Republic’s TRP, and will do nothing more
NextRTI Act: How is Government hitting it hard?Next
Author Related Post
Related Post