What happens if a US presidential candidate dies before the election or inauguration? 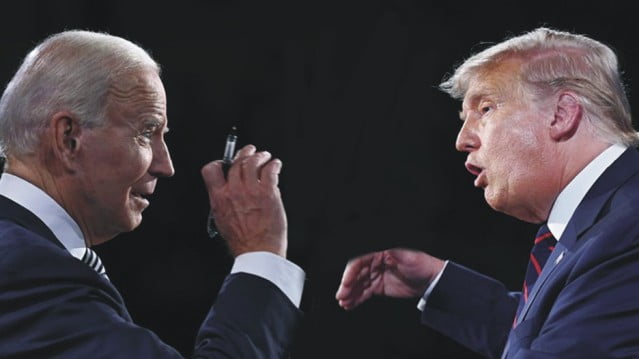 What would happen if US President Trump is unable to discharge his duties?

US President Donald Trump and first lady Melania Trump tested positive for the coronavirus on Friday, throwing a major curveball for the US election that is scheduled to take place in November.

While Trump’s physician has said that the US president and first lady “are both well at this time,” the one question that keeps surfacing is what would happen if a US presidential candidate dies in the run up to the election?

According to the Washington Post, if a candidate dies before the November election after having been officially nominated, the ball is in the hands of the national political parties.

“The Democratic National Committee has a clear rule for this situation. The 447 members of the DNC, the entity that formally hosts the convention, would choose the new nominee,” according to Richard Pildes, a leading US scholar on constitutional law.

The Republican National Committee’s rules are similar, he says.

He adds that the parties would also have to replace the name of their deceased candidate in each state’s ballot with that of the new candidate.

“Depending on when this happens, that might not be simple. Different states have different deadlines for when the parties must certify their candidates for the ballot.”

He explains that if states don’t have laws that permit changing the candidate’s name after that date, courts would probably have to be brought in.

“It’s hard to imagine courts refusing to permit one of the two major parties to replace a deceased candidate’s name with that of a validly chosen replacement,” he says.

Commenting on a scenario where a US presidential candidate is incapacitated at the time of the election, Pildes says that the nation has never witnessed such a situation.

“The closest we’ve come involved a sitting US vice president. When William Howard Taft was elected president in 1908, James S. Sherman was his vice president; when Taft ran again in 1912, Sherman was again Taft’s running mate. Vice President Sherman died six days before the 1912 election, but it didn’t matter, because Taft came in third in the election’s three-way contest,” he says.

Another side to the current scenario is what would happen if President Trump is unable to discharge his duties?

In that case, like two US presidents before him, Trump could temporarily hand over power to his vice president should he become incapacitated, for example while undergoing a medical procedure as treatment for the coronavirus.

Under Section 3 of the US constitution’s 25th Amendment, adopted in 1967 following the 1963 assassination of President John Kennedy, Trump could declare in writing his inability to discharge his duties.

Vice President Mike Pence would become acting president, although Trump would remain in office. The president would regain his powers by declaring in writing that he is again ready to discharge them.

The 25th Amendment’s Section 4 also offers a path to stripping a president of power if, for instance, his cabinet believes he has become incapacitated, but this has never been invoked.

A CM and an IAS officer – Yeh Lo Mera Resignation....

What happens if a US presidential candidate dies before the ....