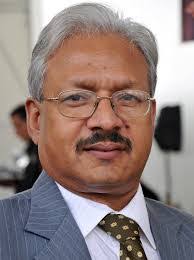 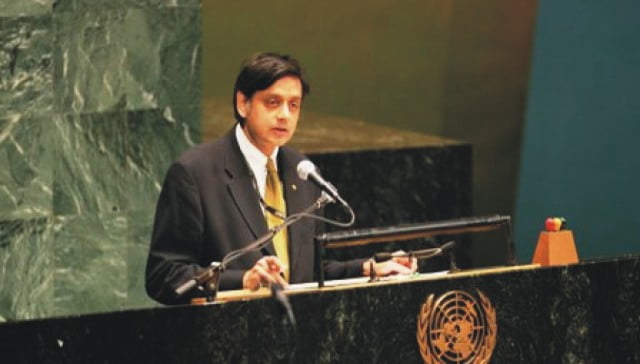 What marked the end of Shashi Tharoor’s UN dream?

AS THE United Nations celebrates its 75th anniversary, who could have written better on it than Shashi Tharoor, who served as its under secretary-general for many years? That is why I read with great interest his article in the Malayala Manorama (October 24, 2020). 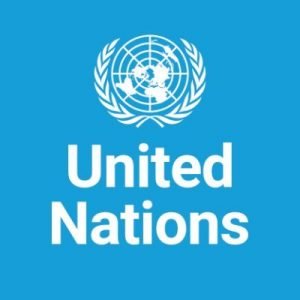 The article does not show the UN in a good light. Tharoor’s analysis suggests that the UN is now a weakened organisation, unable to handle the many crises — political, economic and social — the world faces today.

Like the basic structure of the Indian Constitution which is being damaged by those who were sworn to protect it, the UN’s own existence is being threatened by those very powers which came together to set it up 75 years ago.

Before I write further, let me mention that when Tharoor contested for the post of secretary-general of the UN, I really wanted him to win, not because I knew him but because he was an Indian and a Keralite, to boot. I admit that Malayalis are a bit clannish like almost all others.

I was a regular reader of his column in the Sunday edition of The Hindu, though I had not read any of his books. What I did not like about his writing was his defence of the phenomenon of Ganapathi drinking milk.

I happened to be in editor-in-chief HK Dua’s office room at the Indian Express when the proprietor of the newspaper, Viveck Goenka, called him on phone. He told him how true the phenomenon was and how he personally took a video of it. Video cameras were very expensive at that time.

Goenka wanted the story to be played up. I could see Dua smilingly telling him that he would put it on Page 1 but not as the lead. Soon, he issued clear instructions to the News Desk to take the story as a double-column item with quotations from the scientific community also.

The editor’s instructions were followed everywhere but not in Mumbai where the story was the first lead, for understandable reasons. Alas, Tharoor, too, relied on the superstitious theory, rather than the scientific theory that the phenomenon was actually capillary action.

In sharp contrast, Murli Manohar Joshi of the BJP concurred with the scientists. After all, he had taught Physics to generations of students.

Nonetheless, I am an admirer of Tharoor’s style of writing. It is obvious that he has an excellent command of the English language, acquired as the son of a copy writer, who went to elite schools and colleges and lived in England before moving to the US.

Yet, I was surprised when India endorsed his candidature for the post of secretary-general of the United Nations when it became vacant on Kofi Annan completing his term. Interestingly, the news came when I was on board the Prime Minister’s aircraft flying to Tokyo.

Among the officials on board were the national security advisor, the late MK Narayanan, and the then foreign secretary Shivshankar Menon. I would not be surprised if the decision to support Tharoor’s candidature was finally taken while they were inside the Air India aircraft.

While I wanted Tharoor to win, I wondered whether it was proper for India to contest against a fellow Asian Ban Ki-moon from South Korea. When I listened to an interview the Korean leader granted to a journalist, I realised that Tharoor was more loquacious and knowledgeable and a better speaker of the French language.

Under the UN system, the secretary-general must have the support of all the five permanent members, although it is the general assembly which elects him. If Tharoor did not have such a support, why did India field him and eventually have egg on its face?

Actually, Tharoor or, for that matter, India had no chance at all. This is because the Big Powers won’t allow anyone from a big and ambitious country like India to become the top UN functionary. That is why all the secretaries-general were from small countries.

Compared to all of them, Tharoor was a lightweight, as he was just a UN official. Overnight, he became a heavyweight when India fielded him as its candidate. He was also known to be close to Kofi Annan, under whom he worked.

The Americans began distancing themselves from Kofi Annan when he started criticising American policies. That Tharoor was his understudy would have certainly gone against him.

Yet, why did India back him? A diplomat, who knew the goings-on, said Tharoor took fellow Malayali MK Narayanan into confidence and through him Sonia Gandhi and Manmohan Singh to convince them that he had the support of the US.

It would be uncharacteristic of me to say that Tharoor lied to them but the fact is that the government of Manmohan Singh was misled to back his candidature.

In an article in the magazine OPEN that my friend S. Prasannarajan edits, Tharoor blamed the Indian government for its failure to support him in time and for not adequately mollycoddling George Bush when he visited India.

I found his article too child-like to believe that Manmohan Singh could have persuaded Bush to change the US’ fundamental policy on the UN secretary-generalship.

The question remains, who misled the government into believing that Tharoor had the support of the US? Therein lies the rub.

Anyway, a greater surprise for me was Tharoor seeking Ban Ki-moon’s permission to rejoin his position as under secretary-general and thereby work under him. Despite all his alleged weaknesses, Ban Ki-moon proved that he was made of sterner stuff when he politely declined the offer. That marked the end of Shashi Tharoor’s UN dream!

The writer is a senior journalist based in New Delhi.

PrevPreviousRaj Bhawan’s contemptible behavior: “Guv, we are not living in a British colonial era”
NextA big setback to Pak as it fails to come out of grey list of FATFNext
Author Related Post
Related Post

Farmers’ Movement: A Proud Legacy But Now Be Careful....