Has the Sikh community taken a strong stance against the JNU students? 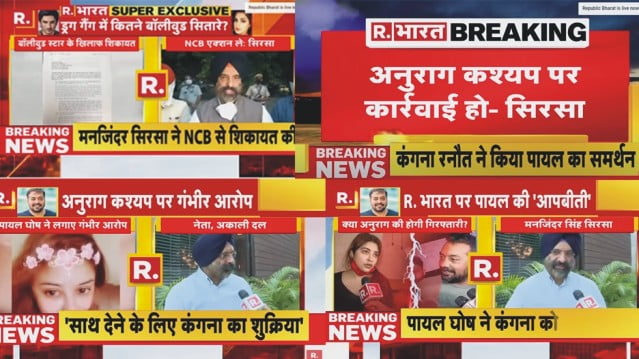 Is it a fight that has the sanction of the Sikh community?

ARE SIKHS AS a community so much aligned with the version of Arnab Goswami on the Sushant Singh Rajput story that they have decided to throw their weight behind the crusade led by the vicious Republic TV?

How far are we now, as a community, to lend our weight to Sudarshan TV also?

Manjinder Singh Sirsa’s face appears on Republic TV hundreds of times in a day and he is going around claiming that he was the first one to tell the world that top Indian cine personalities were basically into drug parties.

If president of the DSGMC takes a lead on a very controversial subject, and there is no clarification from his parent Akali Dal, from Sukhbir Singh Badal, or from any other Sikh body till date, what do we expect people in rest of India to believe?

Everyone knows why Anurag Kashyap is being targetted? Because he condemns the rabid propaganda of Arnab Goswami and presented a “slipper” to Goswami as a tribute to the worst in journalism.

If Kashyap has been accused by a woman, in all fairness a fair probe should be conducted into the matter and truth should be brought out.

But Sirsa seems to have some monopoly over truth and facts, all on how own. He has not shared any of this with the Sikh community. No one has sanctioned Sirsa’s crusade. Sirsa has directly gone to the NCB, India’s Narcotics Control Bureau, asking it to probe and find those who take drugs in the world of cinema.

Sirsa did not trouble the NCB for a probe into drugs networks in Punjab. He has not uttered a word on the Hathras rape and murder, on the burning of the body by the police, on the barricading of media lest it reaches the village of the victim.

Now the Sikh community is a direct player in the game, batting for the Arnab gang, against Deepika Padukon who supported the JNU students, and Anurag Kashyap who stands up for democratic values.

Sirsa has pitted the DSGMC against JNU. Is it a fight that has the sanction of the Sikh community?

Outside of Punjab, Indians believe that Sikhs have cast their lot with Arnab and Modi.

Manjinder Sirsa is the face of this new alliance against democratic forces.

To peace loving Indians who believe in democracy, the silence of the Badals, the SGPC, the Akal Takht Jathedar only proves that this unholy alliance has the backing of the Sikh community.

The fact is that this is not true.

The fact is that Manjinder Sirsa is a lone wolf on the prowl who Sukhbir Badal and his acolytes have let loose to please Modi and co.

The fact is that Sirsa is making the Sikh community appear to be a player in which it has no skin.

It is time to call off the bluff of Manjinder Singh Sirsa.

Sirsa has sold the dignity of the DSGMC and the Sikh community as the price of appearing on Republic TV’s screen.

PrevPreviousMisuse of Online Education
NextWhat happens if a US presidential candidate dies before the election or inauguration?Next
Author Related Post

Mumbai Police Chief Will Add To Republic's TRP, and will do ....