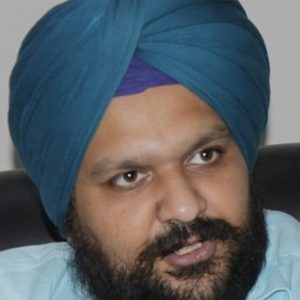 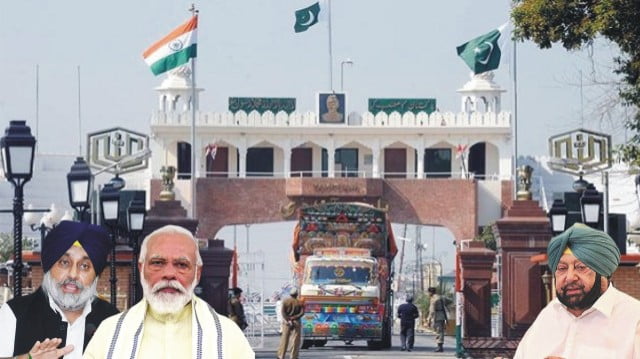 Punjab is important for regional connectivity.

There are a number of examples to reiterate this point. One important instance is the role of the Trinamool Congress (TMC), which runs West Bengal, in the context of India’s ties with Bangladesh (the Teesta agreement had to be scuttled at the last moment in 2011 due to pressure from West Bengal CM and TMC Supremo on the then UPA government).

Many strategic analysts, including those who do not claim to be hawks or right wingers, have argued, that coalition politics harms India’s strategic interests because regional parties and state governments view complex foreign policy issues from a ‘narrow prism’ and overlook the what they dub as the ‘national interest’. (All matters pertaining to Foreign Policy come under the ‘Union list’ of the constitution).

The BJP election manifesto of 2013, had stressed that if the BJP were to form a government in 2014, it would treat states as important stakeholders in foreign policy related issues. The Ministry of External Affairs (MEA) had set up a state’s division in October 2014, months after Narendra Modi government took office, with the aim of ensuring better coordination between the states and center.

In the last six years, foreign policy has become more centralized if anything owing to the BJP’s political dominance and its tendency to tamper with the federal structure. There is a clear thrust on promoting BJP ruled states as investment destinations, while their view is sought on complex foreign policy issues, Non- BJP governments have complained of not being consulted on foreign policy issues, which impact their respective states.

Punjab’s regional party the Shiromani Akali Dal (SAD), amongst the oldest allies of the Bharatiya Janata Party, recently walked out of the BJP led National Democratic Alliance (NDA) coalition, owing to differences over the contentious farm bills, was rather tame and submissive as part of the alliance.

One glaring example of the SAD blindly toeing the line of the BJP is the fervent support for central government’s revocation of Article 370 in Jammu and Kashmir (After withdrawing from the NDA, SAD Supremo Sukhbir Singh Badal denied welcoming the decision).

In the past 25 years, SAD has steadily deviated from many of its core tenets and principles including its commitment to Federalism. In the 1960’s and 1970’s, the SAD was truly at the forefront of the campaign for greater rights to the states, but has been a mute spectator in recent years, when decisions detrimental to India’s federal structure have been taken.

If one were to look at the instance of foreign policy unlike other regional parties, SAD’s stand vis-à-vis Pakistan has been driven not by the interests of Punjab, but with an eye on appeasing its senior partner and kowtowing to the ultra-nationalist lobby.

While during the previous Manmohan Singh led UPA government, attempts were made to reach out to the Punjab government (Pakistan) by the then SAD Government in Punjab (Sukhbir Singh Badal as Deputy CM had led a delegation to Pakistan in order to explore possible synergies between both Punjab’s). During Narendra Modi’s Prime Ministership, SAD has blindly followed BJP’s policy vis-à-vis Pakistan.

Kartarpur Sahib Corridor was closed after the outbreak of Covid19, and India has not reopened the religious corridor, citing ‘health considerations’, though many Sikh religious organizations have urged the government to re-open the corridor, given that other religious shrines in India are now open to devotees.

Given its repeated references towards federalism after walking out of the NDA, it remains to be seen, if the SAD along with other political outfits from Punjab will raise the issue of economic linkages and connectivity with Pakistan.

Up until the Lok Sabha elections of 2014, economic linkages with Pakistan were high on the agenda of political parties in the state (Trade with Pakistan was one of the key electoral issues), but in the aftermath of the Pulwama terror attacks, the issue has gone on the backburner.

During the inauguration of the Kartarpur Religious Corridor last year, Navjot Singh Sidhu had flagged the dire need for fostering not just people to people ties, but closer economic links between both Punjab’s. Given the hyper nationalist political narrative in India, and the stance of even Punjab’s political parties on matters pertaining to Pakistan this remains wishful thinking for the time being.

During the farmer’s protests, the issue of economic ties with Pakistan, and the freedom for the farmer to trade with Pakistan, Afghanistan and Central Asia has been flagged as an important demand of the Punjabi farmer. This demand has been made in the past too, but neither have state governments been dogged enough in lobbying for this and nor has New Delhi ever taken such demands seriously.

Ever since the abrogation of Article 370 in Jammu and Kashmir in August 2019, bilateral trade between both countries, via the Wagah-Attari land crossing was suspended by Pakistan, and Punjab in general and the holy city of Amritsar in particular has borne the brunt of the decision to suspend bilateral trade.

In July 2020, Pakistan had taken a decision to allow Afghan exports to enter India, via the Wagah border crossing, under Pakistan-Afghanistan Transit Trade Agreement (APTTA). Ever since this decision, the clamour for restoration of bilateral trade has been increasing.

It would be pertinent to point out, that Punjab is a key player even in the context of ties with Afghanistan, Iran and Central Asia. Historically, the holy city of Amritsar was an important economic hub due to its strategic location. Post partition and even more so post the 1965 war, which changed the political dynamics in South Asia, this totally changed.

In economic linkages with Iran, Punjab is an important stakeholder. India has been the leading exporter of Basmati Rice to Iran). Punjab along with Haryana contributes a whopping 75% of this export.

According to estimates, there is likely to be a dip in Basmati rice exports from India, due to US sanctions on Iran, and this will hit Basmati growers and exporters from Punjab. Iran has started procuring Basmati from Pakistan in order to meet its demand.

It is important to enhance not just air connectivity with Afghanistan, Iran and Central Asian Republics – Kazakhstan, Kyrgyzstan, Tajikistan, Turkmenistan and Uzbekistan etc, but also to make the state of Punjab, a stakeholder in engagement with these countries, given its geographical location, historical linkages and economic relevance.

While activists, scholars and farmers groups can provide policy recommendations to governments, ultimately it is upon the political outfits of Punjab, to work together towards putting the state’s economy back on track by working collectively. One of the crucial priorities is to have robust economic relations, and greater connectivity not just with Pakistan, but Iran, Afghanistan and Central Asia.

If other states can be stakeholders in ties with neighboring countries, as well as the extended neighborhood, there is no reason for Punjab’s voice not to be heard on issues pertaining to economic relations and air connectivity with Pakistan, Afghanistan, Iran and Central Asia.

If Punjab is looked at as an ‘economic hub’ and gateway to the above regions, rather than from the simplistic prism of being a border state, benefits will accrue to other parts of the country as well. This will require innovative thinking, on the part of Punjab’s politicians and intellectuals. New Delhi on its part will need to be more sensitive to the state’s economic interests.

How was Manmohan's rule far better than Modi?....