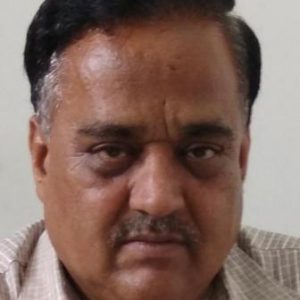 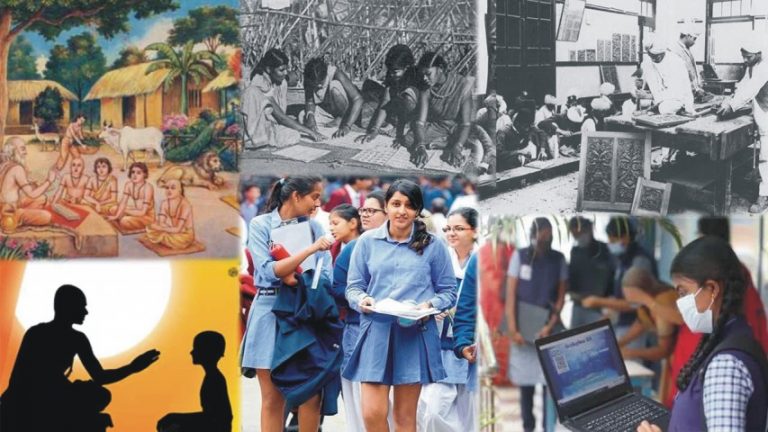 An education policy can directly affect the education people engage in at all spheres of education system.

Education imparted in its various forms and ways has always been an integral part of mankind from time immortals. A regularized and effective education system is always a base of progress for any country and play a great role for the upliftment of unprivileged sections of society in particular. Education in its any form always equip a person with characters like flexibility, eagerness to learn, and innovation.

In earlier times (ancient India) education was imparted to imbibe characters of human all together from privileged and unprivileged sections of society together and preparing them to face the tough lessons of life. Further, providing education became a policy matter with demarcation of levels towards educational institutions, degrees (general/vocational) and with many more characters.

With time, many education policies with particular and special characters came into existence and recently, planners of the country have come up once again with a New Education Policy (NEP)-2020 boosting to provide a panacea to all the ills in education system as well as in society due to education.

In ancient India, Vedic and Buddhist were two sources of education system and both formal and informal ways of education system might have existed as indigenous education was imparted at home, in temples, pathshalas, tols, chatuspadis and gurukuls guiding young children in imbibing pious ways of life i.e., self-reverence, self-discipline, self-knowledge and self-control.

With these characters of ancient education people were able to lead life to sovereign power and ancient Indian education was dominated by strict moral codes of conduct. In case of Vedic education system, scriptures or holy books like Vedas, Vedangas and Upanishads were the medium of learning. The duration of this period was 1500 BC to 600 BC.In the other side, the thoughts of the major Buddhist schools were preached by Buddhist system.

The history of modern education is said to began with teaching of traditional elements such as Indian religions, Indian mathematics, Indian logic at early Hindu and Buddhist centres of learning such as ancient Takshashila (in modern-day Pakistan) and Nalanda (in India) before the common era of national education policies.

In a gurukula or gurukulam education system in ancient India, shishyas/disciples/students used to live near or with the guru/teacher at the same place/house and the term is also used today to refer to residential monasteries or schools.

The aims of Vedic Education of ancient India are summarized as: self-realization, development of healthy physique, character building, all personality development, preparing towards fulfilling social responsibility, emphasis on co-operation, emphasis upon knowledge and experience and sublimation of instinct.

With the coming of the Mughals in India, educational and cultural activities received great changes and influences.

Babur, the first Mughal ruler, was a man of literary taste and possessed perfect knowledge of Persian, Arabic and Turkish and great love for education and got a number of schools and colleges started/repaired.

Hamayun (son of Babur) was also a great scholar like his father and provided patronage to men of arts and literature in his empire and also rendered valuable service to the cause of education.

He was fond of the company of scholars and saints and spent lot of time in scholarly pursuits like collecting books and raising library.

Then, Emporer Sher Shah Suri, who ruled India when Humayun was in exile, was also a great patron of education and learning and established Madrasas for education at various places. During the Mughal period, the Muslim system of education was predominant in which enough stress was also laid on languages, music, arts and cultural studies.

The education which is taught in the schools today is said to be the modern which teaches about the skills required today that is the skills of science and technology, science of medical science etc. The modern education includes different modes of imparting education like listening, writing, visualizing, imagining, and thinking skills.

The present system of education (school education) was introduced and founded by the British by the recommendations of Macaulay which had the student representatives from all classes of the society. In 1834, Thomas Babington Macaulay came to India with a to serve on the Supreme Council of India and to advise the Governor-General, Lord William Bentinck and worked for four years from 1834 to 1838 in this role.

The English education act 1835 was formulated which gave effect to a decision in 1835 by Governor-General of the British East India Company to reallocate funds required by the British Parliament to spend on education.

This policy was an attempt to create a system of education which will educate only upper strata of society through English instead of other languages as Sanskrit, Arabic, Persian and other Indian languages. Lord Macaulay thus is known to introduce British education system in India in place of Indian traditional educational system to produce white collar work force/babus far away from social realities.

An education policy consists of the principles and government policies in the educational sphere as well as the collection of laws and rules to govern the operation of education system in a country.

Therefore, education policy can directly affect the education people engage in at all spheres of education system. Soon after gaining independence, making education available to all become a priority for the government.

The present education system in India mainly comprises of primary, secondary, senior secondary and higher education with a mix of vocational, professional and job oriented courses. A policy is a deliberate system of principles and a statement of intent to be implemented as a procedure or protocol to guide decisions and achieve rational outcomes.

Each policy differs from others by rules or laws. In independence India, the major education policy which is known to give a shape to the modern education system in the country is “The University Education Commission (1948-49)”.

In subsequent years, several commissions and committees were appointed by the government for educational restructure and changes in the system of higher education in India from time to time and as per needs seems fit to planners of the country. The important documents that have been published are:

Overall, India so far has three national Education Policies. The first came in 1968 and the second in 1986, under Indira Gandhi and Rajiv Gandhi respectively; the NEP of 1986 was revised in 1992 when P V Narasimha Rao was Prime Minister. The third is the NEP released recently under the Prime Ministership of Narendra Modi.

Under previous education policies, primary education in the country has been free and compulsory in government schools but enrolment in these schools has decreased to a low level and private education sector has flourished.

There were only 27 universities/institutes of higher learning in 1950-51 which increased to 254 in 2000-01 and at present the number is more than 900 (state/central/private/deemed to be universities).

With all this expansion of quantity, quality of education in the country as well as employment and professional career to pass outs have not been sustained.

The so called first National Education Policy was framed in 1986 and modified in 1992. It is said that during this period significant changes have taken place in our country, society economy, and the world at large and therefore country needs a new education policy.

The present Indian government thought of replacing the 34-year-old National Policy on Education with the New Education Policy of 2020. The NEP, approved by the union cabinet, is said to make sweeping reforms in school and higher education including teaching.

According to government this reform would transform the lives of millions of Indians. To mention, among the major reforms, the 10+2 structure in the schooling system has been replaced by a 5+3+3+4 structure.

To make education available to all, NEP-2020 goes beyond what takes places within the four walls of the classroom. There are three main types of education, namely: formal, informal and non-formal and a child gets the education from his experiences outside the school as well as from those within on the basis of these factors.

NEP-2020 envisages a new curricular and pedagogical structure for school education that is responsive and relevant to the needs and interests of learners at different stages of their development.

This Policy aims to shape an education system that benefits all of India’s children and pillars on which India will become a knowledge superpower will be quality innovation and research.

With NEP-2020, planners are hoping that this policy will boost employment in the country and will radically transform our educational ecosystem.

• The aim to universalization of education from pre-school to secondary level with 100% Gross Enrolment       Ratio (GER) in school education by 2030.

• NEP 2020 aims to bring 2 crores out of school children back into the mainstream through the open schooling system.

• Under the school curriculum, this new system will bring an uncovered age group of 3 to 6 years, a crucial stage for the development of mental faculties of a child.

• There will be 12 years of schooling with three years of Anganwadi/ pre-schooling.

• The new policy emphasises on Foundational Literacy and Numeracy.

• There will be n rigid separation between academic streams, extracurricular, vocational streams in schools.

• From class 6, Vocational Education will start with internships.

• No language will be imposed on any student and teaching up to at least Grade 5 will be in mother tongue or regional language.

• There will be assessment reforms with Holistic Progress Card (360 degree) and for achieving learning outcomes, progress of the students will be tracked.

• NCTE in consultation with NCERT will formulate a new and comprehensive National Curriculum Framework for Teacher Education, NCFTE 2021.

• The minimum qualification for a teacher will be 4-year integrated B.Ed. degree by 2030.

• Various entry/ exit options will be allowed with relevant certification.

• To facilitate Transfer of Credits, the Academic Bank of Credits will be established.

• National Research Foundation as an apex bodywill be created for fostering a strong research culture and building research capacity across higher education.

• Higher Education Commission of India (HECI) will be set up for the entire higher education, excluding medical and legal education. It will be a single overarching umbrella body.

• In 15 years, Affiliation System to be phased out with graded autonomy to colleges.
Some other facts

• To increase the public investment in the education sector to reach 6% of GDP at the earliest with coordinated efforts at the Centre and States level together.

• To promote multilingualism in both schools and higher education, NEP-2020 emphasis on setting the National Institute for Pali, Persian, and Prakrit and Indian Institute of Translation and Interpretation.

Relevance of Examinations Amid Pandemic....