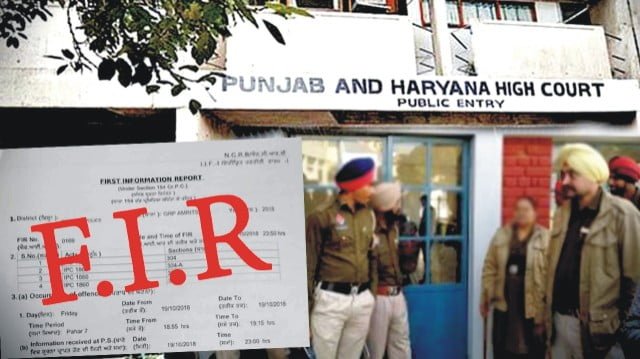 Police must follow the clear exemplary command of the Constitutional Courts

The latest judgment of the Punjab & Haryana High Court in the case of Hitesh Bhardwaj Vs. The State of Punjab by justice Raj Mohan Singh is nothing but an condemnation to the mulish and abominable way of working of Police. This is in vogue throughout the country.

The creation of Police Force is the relics of British-India whose paramount consideration was to muzzle the voice of dissent to their colonial rule in the invaded country, herein, India.

Albeit the British had bidden adieu to India and we have become a sovereign country. The working of the Police has yet not changed despite various judgments pronounced by the Constitutional Courts, including the Supreme Court.

The same is binding upon the Police and allied forces, but the record exhibits that the ratio laid down in those judgments are being followed more in contravention than in adherence kindness the non-monoitoring by Constitutional Courts and the non-Constitutional Courts.

The latest judgment of the Supreme Court of the Constitutional Bench in the case of Lalita Kumari, (2012) 4 Supreme Court Cases 1, had said in very simple words that the Police has no discretion to decline to register the FIR in terms of section 154 of the Code of Criminal Procedure, 1973. 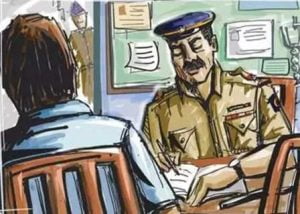 Justice Raj Mohan Singh has aptly elaborated the consequence,thereof, that

“non-registration of the criminal case leads to dilution of rules of law and lead to definite lawlessness which is detrimental to the society as a whole. Even the action against erring police officer is warranted in such circumstances in which FIR is not registered in respect of cognizable offence.“

The Court further moved to observe that statutorily the registration is mandatory, but the arrest of the accused is not mandatory.

This observation is also not a new one, for it was decided by the Supreme Court about two & half decades back in the case of Joginder Singh Vs. The State of U.P., (1994) 4 Supreme Court Cases, by the Division Bench comprising of three judges.

“The quality of a nation’s civilizations can be largely measured by the methods it uses in the enforcement of criminal law. The horizon of human rights is expanding. At the same time, the crime rate is also increasing. The Court has been receiving complaints about violation of human rights because of indiscriminatearrest. A realistic approach should be made in this direction.

The law of arrest is one of balancing individual rights, liberties and privileges, on the one hand, and individual duties, obligations and responsibilities on the other; of weighing and balancing the rights, liberties and privileges of the single individual and those of individuals collectively; of simply deciding what is wanted and where to put the weight and the emphasis; of deciding which comes first – the criminal or society, the law violator of the law abider.”

In the words of extrovert Justice Markandey Katju, Justice Venkatachaliah is considered to be the father of the judicial system. In my humble opinion even the most respected would be an understatement, for his noble, juristic and judicious approach is supremely commendable. In the present era, it is exceptionally strenuous to find the person near to him.

The Police to keep the graph of crime low in tune with the ruling dispensation has invented a new and novel procedure of inquiry dehors the law altogether by converting the information of cognizable offence into the inquiry.

This indescribable procedure is breeding the corruption not only at the level of Police but also at different levels. The self-created mint of Police is moving swiftly, contrarily the Indian mill of justice as per the Constitutional scheme of justice is advancing with the deplorable speed.

The author being a practising advocate in the various Constitutional Courts is privy to such atrocious assault on the law by none other but by the statutory body, herein, the Indian Police. I was constrained to file the PIL before the Rajasthan High Court, Jaipur Bench at Jaipur. The High Court on the motion hearing has issued the notice to the State of Rajasthan. The prayer made in the petition reads thus:-

“(1) in-charge Police station under no circumstance shall decline to register the FIR disclosing the commission of a cognizable offence;

(2) information furnished to the Superintendent of Police/D.C.P. by the informant u/s 154(3)of Cr.P.C. shall be dealt, forthwith, in accordance with the law; and if the FIR is not registered, the informant shall duly be informed the reasons for non-registration of the FIR, to enable the informant to seek another remedy available under the law;

(3) every final report in terms of section 173(2) of Cr.P.C. if in the negative form must be accompanied by the criminal complaint u/s 2(d) Code of Criminal Procedure 1973 with notable exceptions against the informant for the commission of the offence of 182 IPC or 211 IPC as the case may be;

(4) the erring Police officer(s) and the Respondents be warned in strict terms that in future non-compliance of the guidelines of Lalita Kumari’s case shall be viewed seriously;

(5) by the writ of certiorari, the procedure of inquiry adopted by the Police be quashed and Police further be directed that it shall have no legal right to hold inquiry in any matter whether the information pertains to cognizable offence or non-cognizable offence.”

It would be expedient in the holy Constitutional scheme of justice that Courts including the Supreme Court and the various High Courts like Punjab & Haryana High Court do every endeavour to contain this malice of non-registration of the FIR. Police must follow the clear exemplary command of the Constitutional Courts having the force of Article 141 of the Constitution of India, contravention shall entail strict action.

Also Read: Saini and Courts: Justice should not be a Mirage

PrevPreviousCBI has always been partisan but it has now touched its nadir
NextSherdil Bacha – Namak Swaadanusaar!Next
Author Related Post

Is the govt in a secret pact with farmer leaders?....