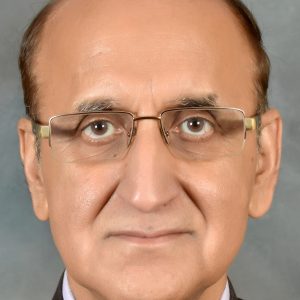 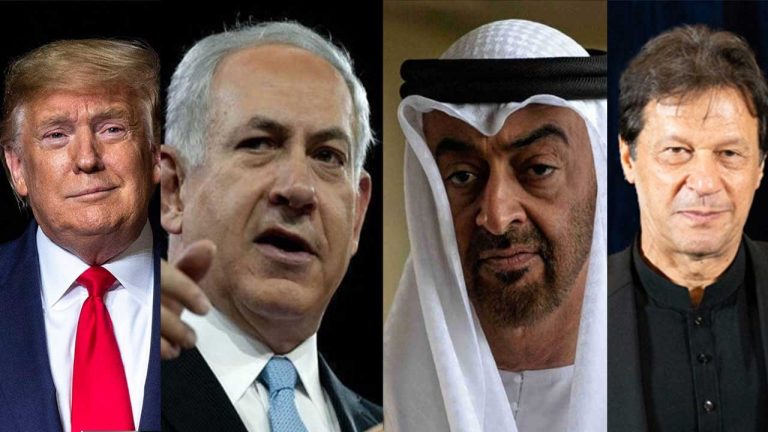 Pakistan has weakened itself by insulting Saudi Arabia.

Due to undiplomatic and immature outburst of Pakistan’s foreign minister against Saudi Arabia, relations between two countries have touched new low which has put cash starved Pak in dock and it can be attributed to its illogical ambition to become chairman of Organization of Islamic Cooperation (OIC).

OIC was founded in 1969 with 57 members including 24 member states from four continents and with a collective population of 1.8 billion which decide oil prices also. It is a biggest organization after United Nations and established in Jeddah, Saudi Arabia.

According to its charter, the OIC aims to preserve Islamic values, safeguard and defend the national sovereignty and independence of member states and to contribute to international peace and security. While the organization has been known for its cultural and social projects, its political influence has been relatively limited.

The economy of the (OIC) combines the economies of 57 member states. 53 are predominantly Muslim states. Those 57 OIC countries have a combined GDP (Purchasing Power Parity PPP) of US$27,949 billion. The richest country on the basis of GDP per capita at PPP is UNITED ARAB EMIRATES).

Pakistan’s Foreign Minister, Shah Mahmood Qureshi seemed determined to demolish one of the pillars of his country’s foreign policy when he nakedly threatened Saudi Arabia to either lead the Muslim nations and OIC against India’s abrogation of article 370 in Jammu and Kashmir, or else he would be left with no choice but to advise his prime minister, Imran Khan who has proclaimed himself as the ‘Ambassador of Kashmir’, that Pakistan must move forward and call a session of all those Islamic countries that are ready to stand with Pakistan on the Kashmir issue, “with or without” the Saudis.

The Saudis, however, have not allowed any mention of Kashmir in the Mecca Declaration of OIC, nor have they allowed an extraordinary session of OIC foreign ministers on Kashmir in Pakistan, something the Pakistanis have been pitching for rather desperately. It was a show of solidarity Saudi Arabia with India when the OIC invited the late former Indian foreign minister, Sushma Swaraj as a guest of honour in UAE – the Pakistanis boycotted that session – in early 2019 after the Balakot attack.

To add salt to the injury, The Saudis, Bahrain and UAE have honoured Prime Minister, Narendra Modi with their highest award – the last two countries did this after the constitutional reforms in Jammu and Kashmir on Aug 5, 2019.

According to new strategy, among the countries which appear keen on the new bloc include Iran, Turkey and Malaysia. One thing is clear that both Iran and Turkey have very strained relations with the Saudis which can be attributed to partly for historical, sectarian, cultural and ethnic reasons, and partly for geo-political reasons.
Foreign experts believe that despite India, there were other problems which had started to emerge in the Pak-Saudi ties.

Pakistan’s refusal to join the Saudi-UAE forces in the Yemen operations in 2015 didn’t go down well with both the Arab countries. A big decision of Saudi Arabia to end loan and oil supply to Pakistan will have its fallout on the decade-long friendship between the two countries.

Pakistan was also made to pay back USD 1 billion to Saudi Arabia, which was part of a $6.2 billion package announced by Saudi Arabia in November 2018, which included a total of $3 billion in loans and an oil credit facility amounting to $3.2 billion.

The deals were then signed when Crown Prince Muhammed Bin Salman made a visit to Pakistan in February, 2019. This development came after Pakistan Foreign Minister Shah Mehmood Qureshi had given a blunt warning to Saudi Arabia-led Organisation of Islamic Cooperation (OIC) for not taking a stance against India over the Kashmir issue.

Qureshi was quoted as saying by press, “If you cannot convene it, then I’ll be compelled to ask Prime Minister Imran Khan to call a meeting of the Islamic countries that are ready to stand with us on the issue of Kashmir and support the oppressed Kashmiris. I am once again respectfully telling OIC that a meeting of the Council of Foreign Ministers is our expectation,” he further stated . As Pakistan pulled out of the Kuala Lumpur summit after Saudi Arabia’s “request”, it now expects Riyadh to “show leadership on this issue,” he added.

Saudis are infuriated over Pak’s ambition to lead OIC

Islamabad has been pushing for the foreign ministers’ meeting of the Organisation of Islamic Cooperation (OIC) since India abrogated Article 370, which gave special status to the erstwhile state of Jammu and Kashmir.
After Pakistan failed to gather support from the OIC members on Kashmir on May 22, Prime Minister Imran Khan said, “The reason is that we have no voice and there is a total division amongst (us). We cannot even come together as a whole on the OIC meeting on Kashmir.

Impact of new Israel-UAE deal on ties with Iran, Turkey

The United Arab Emirates has agreed to normalize relations with Israel and the peace agreement, known as the Abraham Accord, signed between Israel and the United Arab Emirates resolves to establish normal relations between the two countries. These include business relations, tourism, direct flights, scientific cooperation, and, in time, full diplomatic ties at the ambassadorial level.

One of the important ingredients of the Abraham Accord, though not specifically spelled out, is enhanced security cooperation against regional threats, especially from Iran and its proxies.

Experts feel that in the case of the UAE, Crown Prince Mohammed bin Zayed clearly felt compelled to demonstrate that normal relations with the UAE were not cost-free for the Israelis. For Israeli Prime Minister Benjamin Netanyahu, use of the term “suspend” is an effort to mollify pro-annexation political groups and factions, which have already criticized the agreement Israel and the UAE have been inching toward normalization in recent years.

Pakistan is losing here also and gave a guarded reaction when Pakistan foreign officials said that it had an abiding commitment to full realization of the legitimate rights of Palestinian people, including the right to self-determination. Peace and stability in the Middle East is also Pakistan’s key priority.

Pakistan opines that the Abraham accord is a development with far-reaching implications. For a just, comprehensive and lasting peace, Pakistan has consistently supported a two-state solution in accordance with the relevant UN and OIC resolutions as well as international law. India, however, enjoys good relations with Saudi Arabia and UAE which isolates Pakistan in this region

Pak PM, Imran Khan’s total tilt towards China has offended the United States which has developed close ties with India after signing of the Nuclear deal in 2008. US president Donald Trump played a role in the UAE and Israel accord which is further a body blow to Pakistan which has distanced itself from the United States. Pakistan has fallen into the debt trap of china which may take decades to come out of it and possibly never.

Pakistan needs to repay China more than double the amount it owes the International Monetary Fund (IMF) in the next three years, as loans backed-up to boost foreign exchange reserves and bridge a financing gap become due. The South Asian nation owes $6.7 billion in commercial loans to China over the three years through June 2022, according to the IMF, which this year approved a new program to bail out Pakistan from a crisis.

Islamabad needs to pay the multilateral lender $2.8 billion in the same. Pakistan, one of the biggest beneficiaries of China’s Belt and Road Initiative, has been borrowing from Beijing to tide over a financial crisis. Still, the money was enough to only partly bridge a financing gap, pushing the South Asian nation to knock at the IMF’s door.

Pakistan will have to payback $100 billion to China by 2024 of total investment of $18.5 billion, which China has invested on account of bank loans in 19 early harvest projects, under CPEC.

China has become the biggest lender to Pakistan after surpassing Japan. Pakistan owes $19 billion (1/5 of its total debt) to China. The CPEC loans will add $14 billion to Pakistan’s total public debt, raising it to $90 billion by June 2019, abating Pakistan’s economic ability to service huge amount of debt.

Although CPEC has the potential to transform the Pakistan economy, but this transformation would come at a heavy price of making Pakistan a colony of China. Piling up loans from China is a big gamble for Pakistan’s economy.

Patterns of Chinese investments in South Asia-Pakistan, Bangladesh, Sri Lanka and Nepal-all of which are part of BRI, depicts Chinese propensity to control the domestic markets and the natural resources of the S. Asian nations.

Finally, Pakistan has weakened itself by insulting Saudi Arabia which has been its projector in the past and it has completely thrown itself under the towel of China which may put it in serious trouble in future. Pakistan’s coffers are empty and borrowing every time from China is pushing it in everlasting Debt Trap which may lead it to Financial Doom.