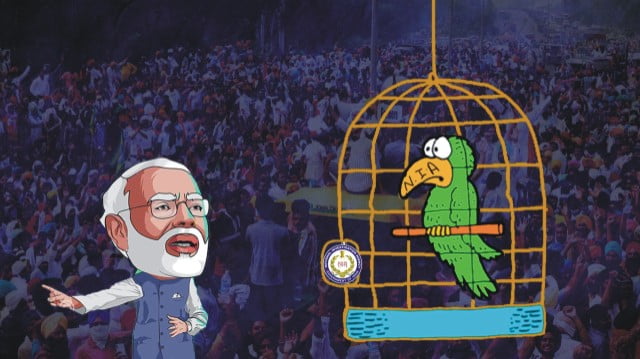 The issuance of notices by the NIA to the persons associated with the farmers agitation is clearly illegal and mala fide.

Former CJI Lodha had called the CBI (Central Bureau of Investigation) a ‘caged parrot’, since, like a parrot it would repeat whatever the government said, instead of acting independently. The same appellation can also be given to the NIA (National Investigation Agency) too, as it will do whatever its political masters tell it to do.

This has become abundantly clear by NIA’s recent shameful and servile behaviour of issuing notices and summoning a large number of activists involved in the ongoing farmers agitation, including farmers leader Balbir Singh Sirsa, actor and activist Deep Sindhu, TV journalist Jasbir Singh, actor Gurpreet Singh@Mantu Malwa, and about 40 others. 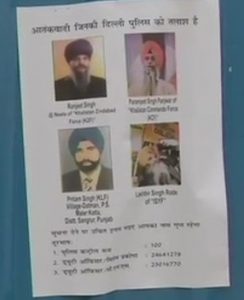 The allegations against them are that they are supporters of Sikhs For Justice, a US based organisation which demands a separate homeland for Sikhs (called Khalistan), and which has been banned under the Unlawful Activities Prevention Act.

It is submitted that even assuming that these persons are supporters of Sikhs for Justice and Khalistan, that by itself does not incriminate them.

Many persons in India demand azadi, e.g. many Kashmiris, many Nagas, etc. Are they all criminals? I submit that mere demanding Khalistan or azadi is by itself not a crime unless one commits violence or instigates to imminent violence.

In the Indian Supreme Court decision in Arup Bhuyan vs State of Assam, 2011, which was followed by the Court in Sri Indra Das vs State of Assam, it was held that mere membership of an organisation banned under TADA or UAPA is not illegal.

It is only if one goes further and commits acts of violence, or instigates to imminent (not remote) violence that it becomes a crime.

“The Constitutional guarantee of free speech does not permit a State to forbid or proscribe the advocacy of the use of force or law violation, except where such advocacy is directed to inciting or producing imminent lawless action, and is likely to incite or produce such action.”

Thus, a person will be committing a crime if he commits violence or instigates imminent violence, not by merely being an ideological supporter or sympathiser of a banned organisation.

There is nothing to show that the persons to whom the NIA issued notices committed any violence or instigated anyone to commit imminent violence. Rather, it is obvious the notices were issued because these persons had joined the farmers agitation, and were issued by the ‘caged parrot’ (the NIA) at the behest of its political masters.

“If what I think the correct test is applied, it is manifest that there was no present danger of an attempt to overthrow the government by force on the part of the admittedly small minority who shared the defendant’s views.

It is said that this Manifesto was more than a theory, that it was an incitement. Every idea is an incitement. It offers itself for belief, and, if believed, it is acted on unless some other belief outweighs it, or some failure of energy stifles the movement at its birth.

The only difference between the expression of an opinion and an incitement in the narrower sense is the speaker’s enthusiasm for the result. Eloquence my set fire to reason. But whatever may be thought of the redundant discourse before us, it had no chance of starting a present conflagration.

If, in the long run, the beliefs expressed in proletarian dictatorship are destined to be accepted by the dominant forces of the community, the only meaning of free speech is that they should be given their chance and have their way.”

“………The mere teaching of Communist theory, including the teaching of the moral propriety or even moral necessity for a resort to force and violence, is not the same as preparing a group for violent action and steeling it to such action.

There must be some substantial direct or circumstantial evidence of a call to violence now or in the future which is both sufficiently strong and sufficiently pervasive to lend colour to the otherwise ambiguous theoretical material regarding Communist Party teaching.”

“In 1799, the English Parliament passed a law outlawing certain named societies on the ground that they were engaged in `a traitorous Conspiracy in conjunction with the Persons from Time to Time exercising the Powers of Government in France. One of the many strong arguments made by those who opposed the enactment of this law was stated by a member of that body, Mr. Tierney :

‘The remedy proposed goes to the putting an end to all these societies together. I object to the system, of which this is only a branch; for the Right Hon. gentleman has told us he intends to propose laws from time to time upon this subject, as cases may arise to require them.

I say these attempts lead to consequences of the most horrible kind. I see that government are acting thus. Those whom they cannot prove to be guilty, they will punish for their suspicion. To support this system, we must have a swarm of spies and informers. They are the very pillars of such a system of government.”

In Scales vs US  Justice Harlan of the U.S. Supreme Court observed :

“The clause (in the McCarran Act, 1950) does not make criminal all associations with an  organization which has been shown to engage in illegal advocacy. There must be clear proof that a defendant `specifically intends to accomplish the aims of the organization by resort to violence’.

A person may be foolish, deluded, or perhaps merely optimistic, but he is not by this statute made a criminal.”

In State of Kerala Vs. Raneef, 2011, the Indian Supreme Court agreed with the U.S. Supreme Court decision in Elfbrandt Vs. Russell, 384 U.S. 17 (1966), which rejected the doctrine of ‘guilt by association’.

Mere membership of a banned organisation will not incriminate a person unless he resorts to violence or incites people to violence or does an act intended to create disorder or disturbance of public peace by resort to violence (Also see the Constitution Bench judgment of this Court in Kedar Nath Vs. State of Bihar, AIR 1962 SCC 955 para 26).

Thus, the issuance of notices by the NIA to the persons associated with the farmers agitation is clearly illegal and mala fide.