Will Modi govt be able to wriggle out of situation? 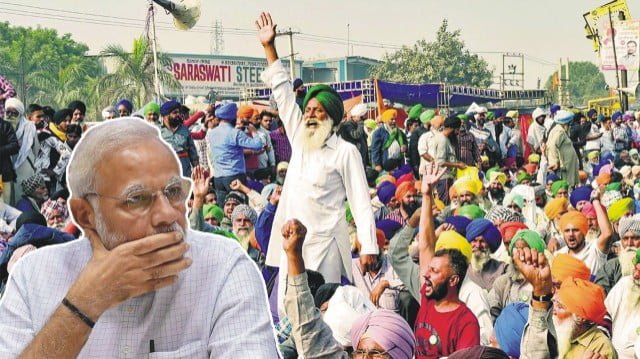 Will Modi government put the new farm laws into cold storage for the time being?

PRIME MINISTER Narendra Modi, whose arrogance of power is no secret and whose government had been thrusting down the throat of people half baked ‘reforms’, appears to have bitten too much this time to chew. 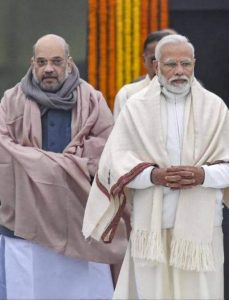 His government’s total mishandling of the situation arising out of the imposition of the controversial farm laws has led to an ugly situation with lakhs of farmers joining the protest.

Although five rounds of talks have been held and the sixth is slated for December 9, there is little likelihood of farmers agreeing to anything less than suspension of the three laws.

Even as the beleaguered Agriculture Minister Narendra Singh Tomar is trying to wriggle out of the situation and Union Home Minister Amit Shah has made some overtures, the Prime Minister has not toned down his rhetoric. He reiterated his “good intentions” even during his latest monologue called mann ki baat.

His government has an unenviable record of taking decisions without adequate homework and without taking stake holders into confidence. It was perhaps getting used to enforcing whatever came to its mind without caring for implications.

Perhaps it was emboldened with lack of any serious challenge to the decisions like demonetisation or the way the GST was rolled out or the way CCA was pushed through or the abrogation of Article 370 and downgrading the state of Jammu and Kashmir to Union Territories or even its “love jihad” law in Uttar Pradesh.

However, his government must not have reckoned that the “illiterate” farmers were hard nuts to crack. All efforts to tire out the protesters by first letting the agitation simmer for over two months and then to keep the pot boiling by trying to prolong the talks, now appears to be fizzling out.

Indeed, the way the Modi government mishandled the situation from the very beginning was enough to cause trust deficit between the farmers and the government.

None from the Modi government has yet explained the hurry to rush in the three ordinances at the peak of covid pandemic. What was such a great urgency? Why could it not wait for the next Parliament session for bringing in the bills. 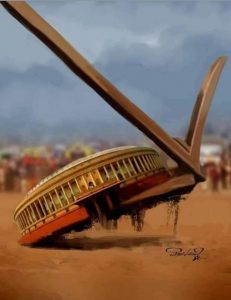 Then, when the bills were finally brought before Parliament, these were rushed through without giving enough time to debate.

Even Parliamentary rules were broken while passing the bills with a voice vote even though there was a demand for division of voting.

The Modi govt then attempted, and actually succeeded, in twisting the arms of the farmers and the state government by declaring it would not restore railway freight traffic until passengers traffic was also allowed by the farmers who had launched a rail roko agitation.

A section of media, with a well earned reputation as Godi media, played to the tune of the government by declaring that the agitation was only confined to Punjab.

Some of this sold-out media even sought to defame the agitation with innuendos that it was being backed by Khalistanis or even Marxists.

However all these tactics have failed to dampen the spirit of the farmers and with the continued adamant stand of the Modi government, more and more farmers from various parts of the country are joining the agitation. 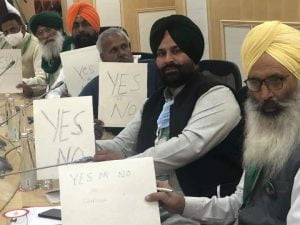 The farmers appear to be in no mood to relent and have asked for a ‘yes’ or a ‘no’ on December 9 when the next round of talks are slated.

Fortunately there has been no incident of violence so far but stretching the uncertainty would only lead to frustration and there are always some troublemakers who might ignite a spark that could lead to serious consequences.

It would be in fitness of things that the Modi government puts the new farm laws into cold storage for the time being and form a committee with representatives of farmers to reach an agreement after holding extensive talks.