AN OPEN LETTER FROM SIKH SCHOLARS 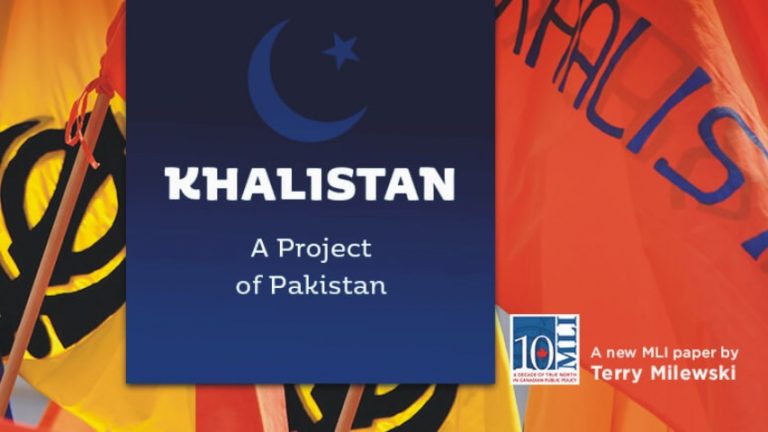 The report’s characterization of the Khalistan movement is also surprisingly simplistic and incomplete.

In the report, Milewski says Islamabad is backing the movement designed to subvert the national security of both Canada and India. It points to a map of Khalistan released by the separatists that excludes all of Pakistan Punjab.

Punjab Today presents an open letter by international Sikh Scholars by way of their response to the report.

An open letter from Sikh Scholars
​
We hope that you carefully consider our concerns and reevaluate your decision to publish such vitriolic content under your institute’s name, particularly considering the lack of academic integrity and the gravity of the accusations being leveled against a highly visible, racialized community.

If you do truly wish to engage in producing reports on Sikh-Canadians in the unbiased spirit of your institute, we are happy to provide peer-review and reference to triangulate and balance such reports. There is a body of extant writing that shows a diversity of Sikh views and debates about Khalistan which documents the abuses by both Pakistan and India that are ignored.

Canada, as a non-aligned state in terms of regional geopolitics, is meaningfully positioned to benefit marginalized groups in both countries. For now, we look forward to your response and the timely retraction of this report.September 15, 2020

To the board of the Macdonald-Laurier Institute,
​
We are writing to you with regard to a report recently published by your Institute under the title, “Khalistan: a project of Pakistan” We are asking that you reevaluate your decision to publish such vitriolic content under your institute’s name.

As academics who work closely with the Sikh community, we are concerned to read a report that contains a litany of conclusory statements and allegations without any substantiation. We are particularly concerned with the manner in which the report casts wide aspersions on a highly visible, racialized community, engaged in legitimate advocacy.

The report maligns all Sikh-Canadians engaging in advocacy as extremist and foreign-influenced actors. This is especially concerning as so many of these advocates and activists are rigorous critics of both India and Pakistan’s record regarding minority rights.

The report also damages the credibility of the Macdonald-Laurier Institute as it lacks adequate academic rigour, historical and contextually-based journalistic analysis, and balance. As academics, writers, and professors, we regularly evaluate work for peer review and have our own work assessed for accuracy as well.

The report is sparsely referenced and the few claims that are made seem to not have been fact-checked. The “reference” section is one-sided showing a lack of literature review or effort to triangulate claims.

While the writing is presented as objective policy analysis, it actually reads as a scattered collection of opinions and vague allegations; it is a simplistic and single worldview. The report is shockingly un-Canadian in every aspect, from a lack of respect for free speech to a parroting of a foreign, Indian government narrative on Khalistani activism.

Without any critical analysis, the author completely disregards the valid grievances and grassroots advocacy of the Sikh community.

Mr. Milewski misses the opportunity to provide a meaningful policy analysis based on facts that would further the Institute’s aims of making “poor quality public policy in Ottawa unacceptable.” The following are some examples.

​The very introduction to the report sets the tone for what is to follow by callously characterizing Sikh advocacy as a “steady and predictable drumbeat of victimization, persecution and genocide commemoration, presented as steps to assist a community in need of healing.”

Since when are political grievances of a community, the commemoration of mass atrocities, or the advocacy for human rights and justice, proof of something sinister? That too in a country with unique genocide legislation.

The report’s characterization of the Khalistan movement is also surprisingly simplistic and incomplete.

The author’s narrative completely erases the political context in which the Khalistani struggle for self-determination took place in the 1980 and 1990s—a struggle no international group, including Amnesty International, Human Rights Watch, Physicians for Human Rights, cast aside as simply “terrorist.” Instead, like all militant movements and armed conflicts across the world, serious questions under humanitarian law and human rights law were raised.

Also Read: ​India and the Spectre of Khalistan

The report neither cites nor explains that simply holding a political opinion for “Khalistan” is not illegal even under India’s own laws that allow demanding separation from the country, as long as the demand does not call for arms or incite violence. (See section 124A on “sedition”).

That the Indian government fails to follow its own laws is often the crux of Sikh advocacy in Punjab and outside. Also, holding political opinions is squarely protected under Canadian law. Why then the Institute would allow for this incomplete and unsubstantiated report, is puzzling. The erasure of well-documented violence at the hands of the Indian State is telling. The author repeatedly demonstrates a commitment to telling only one side of the story.