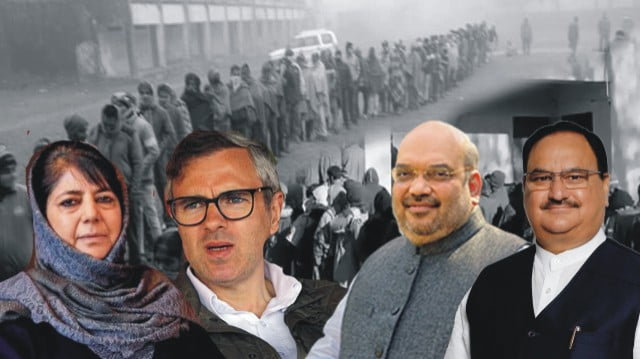 PGDA sweeps Kashmir region while the BJP retains its hold in the Jammu region.

IT IS INTERESTING that all the political parties concerned have hailed the results of the District Development Council in Jammu and Kashmir, the first elections after the abrogation of Article 370 taking away the special status of the state in August 2019, as their victory.

Not unexpectedly, the People’s Alliance for Gupkar Declaration (PAGD) comprising consensus candidates of major regional parties, has sweeped Kashmir region while the Bharatiya Janata Party has retained its hold in the Jammu region.

Over all, however, the PAGD has scored a victory in the face of a massive onslaught by the BJP with its leader calling the alliance as “Gupkar gang” which marched to a foreign tune. The party also used the state machinery to level allegations of corruption and favouritism against top leaders of the alliance under the Roshni scheme.

The significance of the district council elections is not in the electoral victories of the Gupkar alliance and the BJP or the dismal performance of the Congress and other smaller parties. Its significance lies in the fact that the alliance had sought to project the elections as a kind of referendum for restoration of the special status of Jammu and Kashmir.

Its significance lies also in the fact that the voter turnout was comparatively better at about 52 per cent. Although Jammu region did have a higher turnout, the use of coercion or any kind of pressure by the authorities in Kashmir region was also not reported by the media. 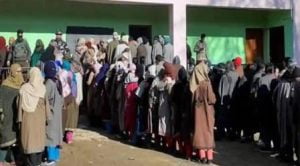 The Centre may give itself a pat at its own back for the generally peaceful conduct of the elections although their had been initial reports of attempts to restrain candidates of Gupkar Alliance from canvassing.

It was reported that they were kept in police stations and allowed to move only under heavy security. This could be also due to the actual threat from anti national elements who would not have liked any kind of electoral process in the region.

Former Jammu and Kashmir Chief Minister Omar Abdullah has said that complete restoration of the status and fair and free Assembly elections remains the major demand of the Alliance. However he expressed the apprehension that the BJP would delay Assembly elections in view of the overwhelming support for the Alliance in Kashmir region and reasonably good performance in parts of the Jammu region.

Former Chief Minister and Vice President of the People’s Alliance Mehbooba Mufti said, “The results have made it clear that people of J&K voted en masse for the Alliance which stands for restoration of J&K’s special status.”

BJP’s election-in-charge for the Valley, Syed Shahnawaz Hussain said, “The peaceful, free and fair election with record voting turnout contradicts the idea of the Gupkar Alliance.”

There was a period when the opposition regional parties were considering boycott of the District Development Council elections to protest against taking away the special status of the state. That would have provided a sweep for the BJP even if it had lacked credibility.

The BJP’s big victory in the Jammu region pales into insignificance if one looks at the overall situation of a comparatively peaceful elections held in Jammu and Kashmir after the momentous changes brought about in August last year.

By participating in the elections, even though these were of district level, the regional parties like Dr Farooq Abdullah’s National Conference and Mehbooba Mufti’s People’s Democratic Party have demonstrated that they retain faith in the Indian constitution. This despite the fact that the senior leaders have declared not to contest elections till Jammu-Kashmir’s status of Union Territory is not restored to that of a state.

While the BJP led government is unlikely to restore the special status, it should consider to upgrade Jammu and Kashmir back to the status of a full fledged state. It would not be an easy decision for the ruling party but the centre must reciprocate with goodwill gestures to restore normalcy in the troubled region.

PrevPreviousA warning to our policemen
NextIndian Media: Will it get over its present sorry plight?Next
Author Related Post

Congress: The Purge And Sidelining Of Dissenters By High Com....

To support, or not to support, that is the question....