Modi is doing an Indira – Khattar is his Bhajan Lal 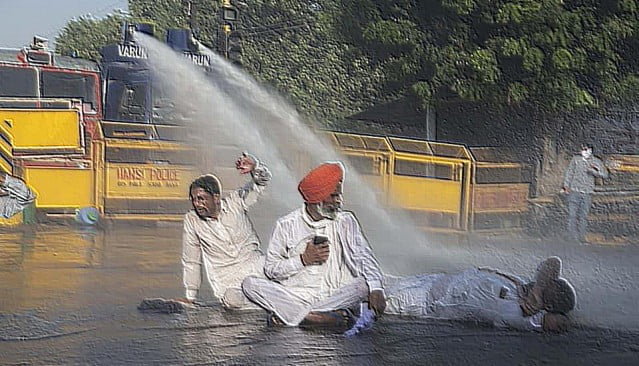 Indira Gandhi or her government never reacted to this open “othering” of a community.

THE WAY Punjab farmers have been blocked by the Haryana government on GT Road – the National Highway – and other roads connected with Punjab has brought memories of November 1982 alive in Punjab, especially among Sikhs.

In first week of November, 1982, former Union minister Swaran Singh – cabinet minister for a record uninterrupted 23 years during Nehru, Shastri and then Indira Gandhi’s governments till he resigned in November 1975 – had brokered an agreement between then Prime Minister Indira Gandhi and Shiromani Akali Dal, which had launched an agitation named Dharam Yudh Morcha over a charter of demands.

The late Kuldip Nayar in his book, ‘Tragedy of Punjab’, co-authored with Khushwant Singh, revealed that Swaran Singh had conveyed the details of the agreement to Indira Gandhi and she praised him and accepted the deal. 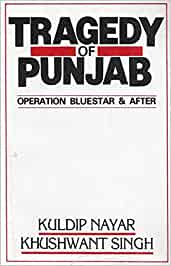 A statement to be placed before the Parliament was even shown to the Akali leaders on the same day. However, the next day a different statement was placed in the Parliament. Apparently Indira Gandhi had changed her mind.

Later senior journalist G S Chawla in his book ‘Bloodshed in Punjab: Untold Saga of Deceit and Sabotage’ revealed that then Special Secretary Home P P Nayyar told him “in strict confidence” that it was changed by Indira Gandhi herself at 11 PM (of November 3). Akali leaders called it a betrayal.

On this, Akalis on Nov 4 decided to hold a symbolic protest during Asian Games, which were to open on November 19, 1982 in Delhi. Concerned about her image in the international community, Indira Gandhi once again sent messages to the Akali leaders for negotiations.

Despite the setback, they agreed to resume talks and Kuldip Nayar in his book revealed that Captain Amarinder Singh, then a Congress MP, was also roped in for the talks. However, this time also settlement appeared very much in reach but then suddenly it was aborted – by the government.

Nayar wrote that he was told by a top Congress leader that Mrs Gandhi herself sent for Bhajan Lal, the then Haryana chief minister and told him about the proposal about transfer of Chandigarh and territorial adjustments but the agreement was torpedoed.

As Mrs Gandhi had concerns about Akalis reaching Delhi to protest, Bhajan Lal took the responsibility to ensure no Akali would be able to cross into Delhi. Former R&AW Special Secretary G B S Sidhhu, in his recent and revealing book “The Khalistan Conspiracy” has held that making a pliant loyalist like Bhajan Lal to agree to the draft was actually much easier.

Sidhu, who has revealed a lot about Congress conspiracy against Punjab and Sikhs in early 1980s, had shared his information based apprehension with his father in law Swaran Singh in October 1982, when he was mediating negotiations, that compromise formula would be sabotaged on one pretext or the other.

On return from Delhi, Bhajan Lal told his officers that no Akali should be able to reach Delhi. All hell broke loose on Sikhs travelling through Haryana. There was no distinction between Akali Dal activists and other Sikhs so trains were stopped in the night and Sikh passengers were made to alight and were subjected to search.

They were made to get down from buses. Their cars were stopped and those who suffered the humiliation at the hands of Haryana police included Air Chief Marshal Arjan Singh and Lt General Jagjit Singh Aurora, who was the face of India’s

victory on Pakistan during the 1971 War. Despite their identities, their cars were searched.

Former Major General Shabeg Singh, who had played a very crucial role in training Mukti Bahini for liberation of Bangladesh, too suffered humiliation and he said later that this humiliation made him to join Bhindranwale at Darbar Sahib complex. Swaran Singh’s car was also searched.

Nayar noted that Congress Rajya Sabha member Amarjit Kaur, even broke down in the Central Hall of the Parliament, while narrating the ordeal that she and her husband had to face while passing through Haryana.

Mrs Indira Gandhi or her government never reacted to this open “othering” of a community. Her silence reflected her consent. Of course, knowing the Congress culture nobody expected any other senior Congress leader to react.

Nobody could have imagined that Bhajan Lal’s actions in November 1982 would lead to disastrous events of 1984. “Othering” of a community was achieved two years before thousands of its innocent members were butchered in streets of national capital and at other places in the country by the mobs led by leaders of the ruling party in November 1984. 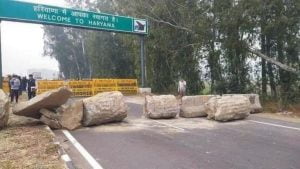 The Haryana government’s action against farmers is reminiscent of what Bhajan Lal did. Farmer unions from Punjab, Haryana and other states have planned a two-day protest on Nov 26-27 in Delhi.

Apart from hounding farmer leaders in Haryana, the Khattar government has blocked National Highways to stop farmers. There can be two positions on the Centre’s three farm laws and one can even argue that apprehensions of farmers are entirely misplaced. 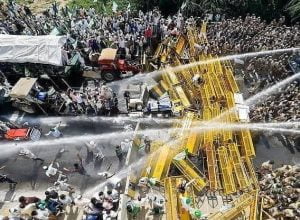 However, why is the BJP government in Haryana blocking people of Punjab, in this case farmers, from moving on the national highways by placing very heavy parts of concrete pillars on roads, using iron barricades and then finally using water cannons in winter to block them. In this weather, using water cannons on people is no less brutal than using lathis.

To be fair to the Haryana CM, his government’s action against Punjab farmers so far is not on the level of Bhajan Lal’s government some four decades ago, but it is enough to cause alienation in Punjab.

BJP leaders have been speaking out against what Congress did to Sikhs and Punjab in 1984. Around 25 years after Operation Blue Star, late Arun Jaitley even called it a historical blunder. The BJP leaders have mainstreamed the use of the term “genocide” for the November 1984 massacre of Sikhs.

Those at the helm in Delhi need to take a pause and rethink their handling of farmers agitation. At least nothing should be done which reminds Punjab of Bhajan Lal’s actions. The current Haryana CM also would not like such comparisons.

Also Read: Is the govt in a secret pact with farmer leaders?

One can only hope that handling of the farmers’ agitation would not be reminiscent of what Bhajan Lal did or what later happened under Gandhis’ watch.

This article first appeared in timesofindia.indiatimes.com and is being reproduced here courtesy TOI.

IP Singh is Assistant Editor at The Times of India, Jalandhar.

Punjab: Who is patornising the mafias?....