Farmers Tractor Parade Fiasco: It was a disaster waiting to happen 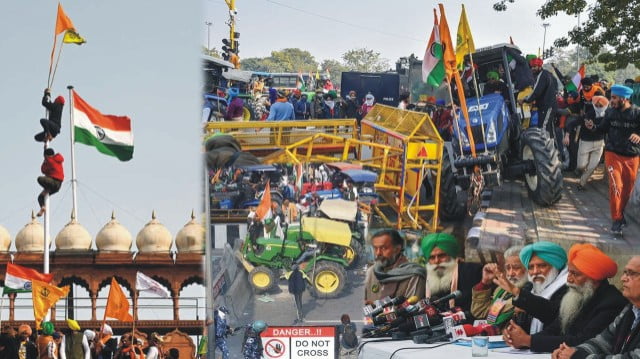 It is time to step back for both the government and the farmers before the situation turns uglier.

The prolonged agitation by farmers on Delhi borders was a a ticking time-bomb and what happened in the national capital on the Republic Day was just waiting to happen. The unfortunate violent incidents reflect failure of the leadership including those of the farmers and the central government. 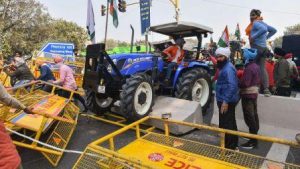 Given the circumstances, it is difficult to imagine that none of those incharge could anticipate that a section of the agitators were bound to take law and order in their hands.

Exploitation of the situation and infiltration of anti social elements was bound to happen with the inordinate delay in the resolution of the issues at hand even if the leaders may not be complicit in egging these on.

One of the biggest hurdles in dealing with the farmers is the leadership or rather the lack of it. There are over 30 organisations and over 40 “leaders” have arrogated themselves as representatives of the farmers from the region. It is virtually impossible to deal with such a large number of leaders and it is no surprise that their talks with the government were headed to a failure. 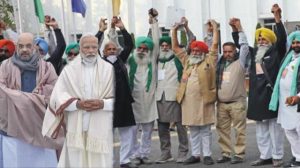 It is obvious that a section of such leadership would not agree to even partial compromise as it would be seen as letting down their supporters. This is exactly what happened when the government claimed that it was coming out with the “best deal” in keeping the three farm laws under suspension.

It was perhaps government’s way to defuse the current situation and also hope that the opposition would die down during the period due to sheer exhaustion.

Reports indicate that while a majority of farmers’ leaders were amenable to the idea, a section opposed it. The acceptance of the proposal by the entire contingent of leaders would have definitely split the farmers and would have weakened the agitation.

The government also had been finding it difficult to tackle the wide array of leadership. It could have easily dealt with a smaller group. However there was little the government could do about it.

Yet the central government, which controls the law and order issue in the national capital, must be faulted for agreeing to the demand of tractor rally on Republic Day when its resources were already stretched due to the official function and the security related to it. 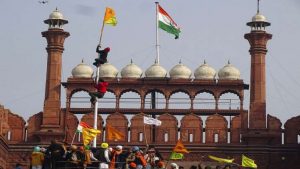 There is no doubt that the centre could have put its foot down and should have agreed to any other day for the protest in the national capital other than the Republic Day.

For that matter even the leadership of the farmers should not have demanded permission for a tractor rally in the capital on the Republic Day. It should have anticipated trouble on the sacred national day given its own inability to control the huge mob.

History is replete with instances of trouble makers infiltrating mass movements and causing collateral damage to the very cause. It happened several times during our peaceful struggle of independence but then we had a Gandhi who would call of any agitation where such elements raised their head. But then there was clear leadership unlike the collective leadership of the farmers.

The incidents in the national capital have sidetracked the real demands and issues facing the agriculture sector in the country. Questions of nationalism, of hoisting a religious flag and attempts to attack the security forces have started dominating the discussion. 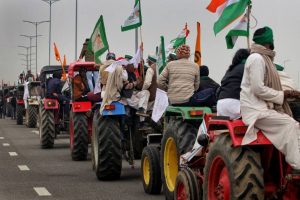 Wittingly or unwittingly a section of agitators have damaged their own cause but this was exactly to be expected with neither the government nor the disorganised leadership of the farmers able to keep a check on the situation.

The Modi government which has so far been stream rolling all its major decisions without getting into headwinds, had apparently miscalculated the psyche of the farmers, particularly the Sikh farmers. For them their pride and ego is supreme and their psychology is influenced by several historic events where making supreme sacrifices is part of the tradition. 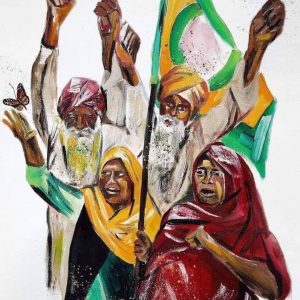 It is difficult to predict the future of the agitation. The government has affirmed that it has done all it could do by offering suspension of the new laws while the farmers have been robbed of the moral standing due to the violence and other acts in the national capital.

It is important to fix responsibility on those who had egged on a section of agitators to indulge in violence. The role and linkages of Deep Sidhu, who has claimed responsibility for hoisting flags at Red Fort, must be thoroughly probed to find if there was some larger conspiracy.

Perhaps it is time to step back for both the government and the farmers before the situation turns uglier and vested interests try to fish in troubled waters.

PrevPreviousRepublic Day: What is there to celebrate about?
NextGodi Media, what was wrong in hoisting the Nishan Saheb on Red Fort?Next
Author Related Post