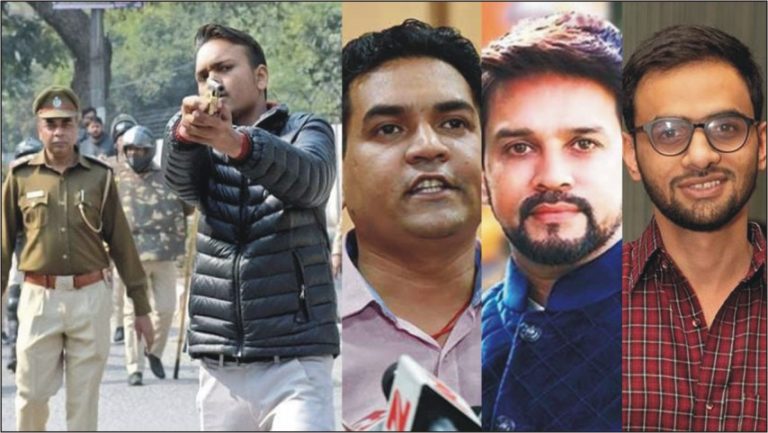 Delhi Police is deliberately not registering cases against real culprits of Delhi violence.

Delhi Police has an unenviable track record. It has built up a reputation for willing to bend and crawl before its political masters rather than uphold and defend the rule of law. Its role during and after the Delhi riots in February this year, in which 53 citizens were killed and about 500 injured, has reinforced the image it has unfortunately built for itself.

It is not that the Delhi Police has not been working hard. It has registered no less than 753 FIRs and has filed about a hundred chargesheets. It has even detained about 1400 people but the irony is that it has not touched a section of political leaders who publicly threatened violence and gave hate speeches which triggered the riots.

The entire country was witness to the shameful act of a local BJP leader Kapil Mishra declaring without any fear or shame that he and his supporters were waiting for US President Donald Trump’s visit to end to unleash violence if the protesters were not cleared from the roads on which they had been sitting on dharna for over a month.

What made this declaration, which should have led to his immediate arrest for instigating people to indulge in violence, all the more shocking was the fact that it was made while standing next to a top police officer. This image would remain embedded in our collective consciousness for long to depict how a powerful police force could remain silent, if not complicit, while violence was being instigated.

Any police officer worth his salt should have arrested the “leader” on the spot. It just showed the helplessness of an armed police force against petty politicians who think they can get away with anything.

Yet that particular police officer and his subordinates present there are not the only ones to be blamed. Delhi Police showed that it had no backbone when it refused to charge Kapil Mishra even later. Bharatiya Janata Party, to whom he belonged, merely suspended him from the party but evidently has asked Delhi Police to go soft on him.

Another upcoming BJP leader, Anurag Thakur, and that too a sitting minister, was another leader who has got away after his fiery speech seeking to shoot down the protestors.

He said not once but several times : Desh ke gaddaron ko, goli maron salon ki (देश के ग़द्दारों को, गोली मारो सालों को). Yet the Delhi Police does not seem to have the guts to register any case against him and others who chanted the slogan against those protesting the one sided controversial Citizens Amendment Act.

And while the Delhi Police has blatantly and shamelessly displayed bias in favour of the ruling party leaders, it has gone the extra mile to involve those who had been protesting against the CAA and lending support to the protestors.

Over six months after the riots, the Delhi Police have arrested former Jawaharlal Nehru University student Umar Khalid under the stringent the Unlawful Activities (Prevention) Act for instigating the mobs.

The police have, however, not given any corroborative evidence, and public speeches by him in public domain are far from trying to instigate secessionism. If the police has some evidence to the contrary, it must come out in the public at the earliest.

The latest in the case is naming Communist leader Sitaram Yechury,Swaraj Abhiyan leader Yogendra Yadav and others in disclosure statements of an accused in riots. The Delhi Police has sought to clarify that naming them in disclosure statements does not mean that they are accused but that evidences against them would be checked before initiating any legal action.

The fact, however, remains that the Delhi Police has brought under scanner names only of those who had opposed the CAA. Names of the ruling party members do not figure anywhere despite they having made highly provocative statements. Such discriminatory behaviour, particularly when we are facing external threats, is not in the interests of the nation.

The police must not only act fair but should also appear to be acting fair. The manner in which it has so far dealt with the case doesn’t bring any glory to the police force.