WHO chief ignores India, cites Pak as one of 7 top examples in fight against Covid-19 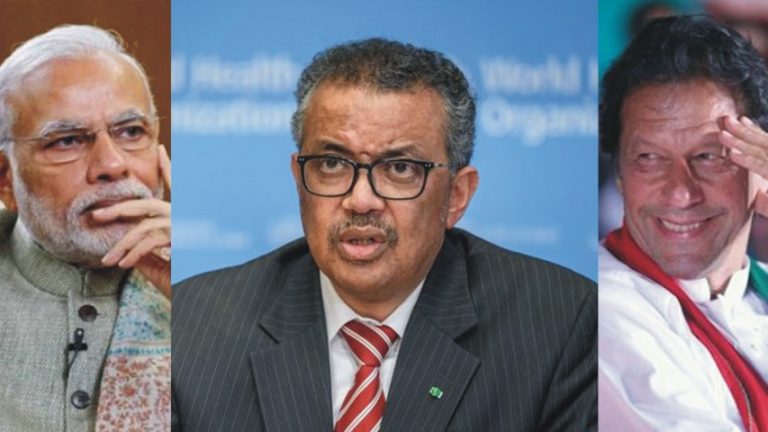 In a move that would cause consternation in India’s top policy makers in the Modi government, Dr Tedros Adhanom Ghebreyesus, World Health Organization (WHO) director-general, has singled out Pakistan among seven countries that have set “examples” in investing in a healthier and safer future in order to fight the Covid-19 pandemic.

Praising India’s western neighbour, Ghebreyesus said, “Pakistan deployed the infrastructure built up over many years for polio to combat Covid-19. Community health workers who have been trained to go door-to-door vaccinating children for polio have been utilized for surveillance, contact tracing and care.”

Interestingly, the World Economic Forum (WEF), the powerful international body seeking to engage business, political and academic leaders for industry agendas, simultaneously released Ghebreyesus’ statement on Covid-19, which he delivered at a media briefing on September 7, the first International Day of Clean Air for Blue Skies, which fell a day ahead of beginning of the review of the functioning of the International Health Regulations during the pandemic.

Other countries Ghebreyesus praised are:

Without once recalling India, Ghebreyesus also mentioned “many other examples”, including Cambodia, Japan, New Zealand, the Republic of Korea, Rwanda, Senegal, Spain and Viet Nam which have “done well because they learned lessons from previous outbreaks of SARS, MERS, measles, polio, Ebola, flu and other diseases.”

Stating that Covid-19 pandemic has taught us many lessons, he said, “Although Germany’s response was strong, it is also learning lessons. I welcome the announcement by Chancellor Angela Merkel over the weekend that her government will invest 4 billion euros by 2026 to strengthen Germany’s public health system. I call on all countries to invest in public health, and especially in primary health care, and follow Germany’s example.”