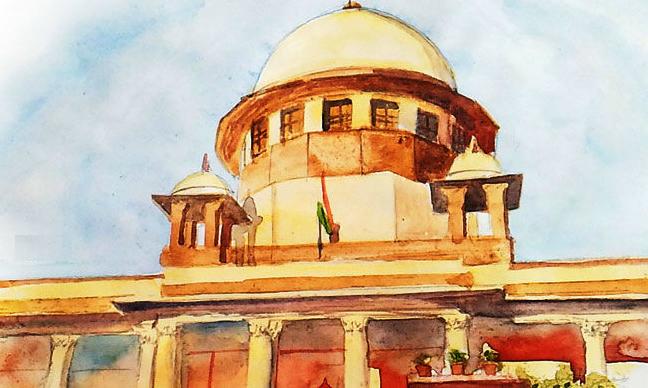 Collegium should have shown more transparency and accuracy in performing its Constitutional assignment.

India is the only country in the world where Judges are appointing Judges. In the year 1992, by the judgment Supreme Court Advocates-on-Record Association V/s. Union of India of the Executives were deprived of their power to appoint judges under Article 124 & 217 of the Constitution of India in consultation with the Chief Justice of India.

It was found that the Executives are not appointing Judges in tune with Constitutional command, so the power was taken from them. The disastrous results are in the copious, courtesy the quid-pro-quo prevailing among the members of the Collegium.

It was expected from the Collegium system that the quality of Judges would improve. Still,“remedy has proved worse than the disease,” as said by Frances Bacon, who was an English philosopher & statesman and who served as Attorney General and as Lord Chancellor of England.

Recently the Collegium of Allahabad High Court forwarded the names of 31 advocates for their elevation as Judge of High Court. Soon after the recommendation, the Bar members of Allahabad High Court & Lucknow Bench Association triggered an accusation relating to nepotism, favoritism, lack of merit, etc. etc. Resultantly the list of recommended candidates is bound to be scanned at different levels strictly; firstly, by the Collegium of Supreme Court and, after that, by the Executives.

The net catastrophic consequences would be that 63 vacancies out of sanctioned strength of 160 Judges would remain vacant for a considerable time.

Lately, the 15 members of the subordinate judiciary had filed a writ petition before Supreme Court inter-alia on the ground that the collegium of Allahabad High Court arbitrarily ignored their candidature. Wherein, the Bench headed by Chief Justice of India was constrained to orally react that first time they have come across a situation where someone is asking to elevate him to the position of High Court Judge. Notice of a writ petition was issued, and the matter is under adjudication.

It has bemused and bewildered me as to what is happening qua the appointment of Judges. The assignment of a Judge is very sacrificial in its most dedicated terms, for the Judge has to withdraw from the social life, he is continuously under Public gaze. The litigant not satisfied with the judgment is bound to resort to tempers tantrum against the Judge immorally. Despite all these hurtful things, there is a beeline for the coveted post. It defies common sense and logic.

It would not be out of context to state, herein, that the Collegium comprising of Chief Justice Gogoi & Justice Arun Mishra invited more diatribes than any other Collegium. Last year the candidates recommended by the Collegium of Rajasthan High Court were called in person at Supreme Court, a move that dehors the law and convention. They were kept waiting as being called by UPSC or any other recruiters.

This course of action is not in accordance with the Constitutional prescribe. The meritorious or dignity conscious persons would hardly swig to such perspective of Collegium.

It is most shocking to the constitutional conscience that the then Chief Justice of India, Gogoi asked the nominees as to why you want to become a Judge? Unfortunately, they could not muster the courage to counter as to why Gogoi himself embraced Judgeship.

One of the worthy candidates of the Punjab & Haryana High Court & praise-worthy son of the retired Chief Justice was unable to swallow the self-pride and was impelled to hold back his consent.

In Rajasthan High Court, about two years back, a highly meritorious advocate though persuaded vigorously by the members of Collegium, thereof exhibited his dogged disinclination owing to the falling standards of the judicial system. The effect of the same is that society at large has been deprived of would be meritorious judges.

It would not be too late if the system is to be revamped holistically lock, stock and barrel to cause for which collegium was constituted. Further, the barter theory or quid-pro-quo is given a decent burial to infuse strength to the existing system, declining perpetually.

The public at large is losing its faith for a variety of reasons like systematic delay and other unbearable things which entail thinking twice before knocking the doors of justice. This reluctance is not good for law-abiding society, for it is and will further breed undesirable corruption at the levels of unscrupulous Executives.

India, to its discredit, already stands at number 80 least corrupt Nation out of 180 Countries, as per the report of 2019 Corruption Perception Index, put forward by Transparency International.

Conclusively, after the quashing of the National Judicial Appointments Commission in 2016 by the Supreme Court, the Collegium should have shown more transparency and accuracy in performing its Constitutional assignment vis-à-vis appointment of meritorious oath abiding Judges to instill the faiths in the Justice seekers.