The conspiracy theories now need to be buried with the AIIMS Board clearly stating that it was a case of suicide. 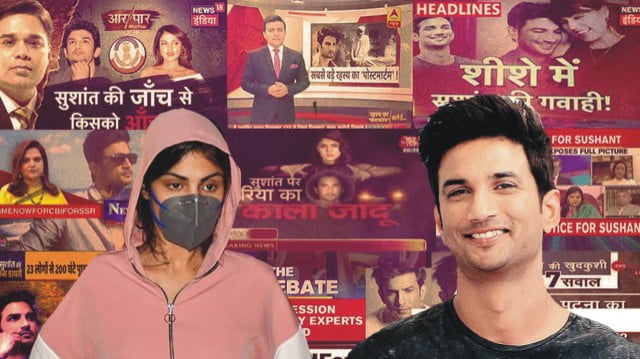 THE FINDINGS of the All India Institute of Medical Sciences (AIIMS) that actor Sushant Singh Rajput had committed suicide and that it was not a case of murder, should put an end to the conspiracy theories which were being floated by some television channels.

A majority of the so-called news channels had been focussing on this incident for well over two months ignoring all other important issues facing the nation like Covid pandemic, tension with China, poor state of economy and the unrest among the farmers.

We all know that some of these television channels had plunged to lowest ever depths in covering the incident. They had deployed “special investigation teams” which would find a conspiracy or motive into each action even when they had no evidence to back their claim. Hundreds of ‘journalists’ were deployed outside the house of the actor’s girl friend Rhea Chakraborty all through the days and nights. Her every movement was recorded. Even the postman delivering postal mail to her house was ‘interviewed’ by some of these enterprising ‘journalists’.

Evidently encouraged by the managements of these channels, new theories were fished out frequently. Pointing the finger of suspicion on Rhea Chakraborty was one line taken by some of these channels.

They alleged she she was “slow poisoning” the actor and that she had replaced the entire household staff to prepare for the “final act” of alleged strangulation. These channels also ‘recreated’ the scene, picking up videos from films, to show that he was strangled. Afterwards his room was locked from outside and the key thrown away to make it look like a suicide.

The conspiracy theorists also claimed that Rhea Chakraborty had transferred all his money, including an amount of Rs 17 crore recently given to him for a film. The CBI and the Maharashtra Police found that no payment of that amount was ever made to him and that it was only a proposal. Also that out of over Rs 70 crore worth of transactions through Rajput’s accounts in the past five years, only an amount of Rs 55 lakh was associated with Rhea and most of this amount was spent on travel, spas and gifts.

The other conspiracy theory was that a big superstar of Bollywood was the mastermind of the conspiracy and that he had in fact planted Rhea Chakraborty ! As per this conspiracy, the super star did not want Shushant Singh Rajput to rise in the film industry. However, it is ridiculous to believe that the super star would have felt threatened by Rajput who was far lesser in stature than him.

While these channels relentlessly floated these conspiracies which were ridiculed by experts, one has to admit that these influenced the ardent viewers to a great extent. These viewers also started believing that there was a conspiracy and that Sushant Singh Rajput was murdered.

A significant pointer to the fact that the people were liking that kind of coverage is that the TRP ratings of these channels rose sharply when they were showing these conspiracy theories. Even those channels which had been critical of the excessive coverage of the death case, too were forced to cover the incident for their own survival !

The forensic team of AIIMS Delhi, has now asserted that the cause of the death was suicide. “There were no injuries over the body other than those of hanging. There were no marks of struggle/scuffle in the body and clothes of the deceased,” as per the medical board which closely examined the post mortum and forensic report. The board clearly stated that it was a case of hanging and death by suicide.

The relentless media coverage had not only led the Maharashtra Police and Bihar Police taking on each other, but had also led the Narcotics Bureau to look into the drugs angle. Rhea Chakraborty was arrested first allegedly arranging drugs for her friend. As the investigations took a new turn, names of other bigwigs from Bollywood have also cropped up. It even led to a fresh debate on nepotism or favouritism in the film industry.

It is time now to put an end to the conspiracy theories. Television news channels must also reflect on what they are doing. If Sushant Singh Rajput suicide case should have generated a debate, it should have been on the issue of mental health.