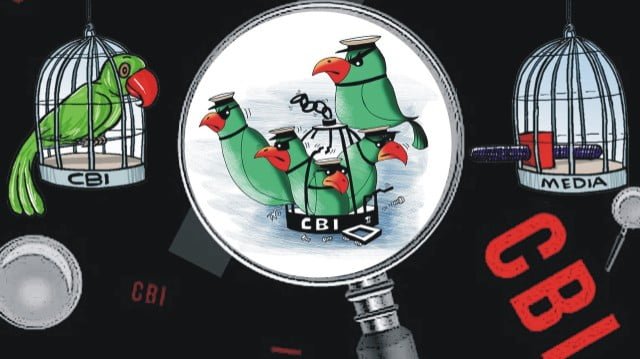 Several state governments have withdrawn the “general consent” to the CBI

Central Bureau of Investigation (CBI), the premier investigation agency of the country which reports to the union home ministry, has a chequered history. It has been misused by all the central governments, whether headed by the Congress or the Bharatiya Janata Party and even the other coalitions.

No wonder the country’s highest court, the Supreme Court, has described it as “caged parrot” and has pulled it up for shoddy or biased investigation in a number of cases.

And yet, ironically, people and politicians demand a CBI inquiry whenever they have loss of faith in the state police forces. Unfortunately police is also highly politicised in some of the states.

There are big questions over the effectiveness or success ratio of the agency. It claims that the conviction rate of the agency is very good at over 60 per cent. Its critics, including former heads of the agency, assert that this data is misleading.

They say that at times the CBI takes up very small and frivolous cases like a recent one in which a compounder was arrested and charges for corruption involving a few thousand rupees. While counting its successful conviction rate, it includes such cases to fudge figures and it fails in securing convictions in bigger and significant cases. 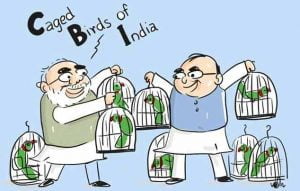 While institutions have been created through our constitution and clear powers and role has been assigned to each agency or department, it depends on the personalities holding the critical positions on how they use or misuse their office and institutions.

The current set of those at the helm of affairs appear to be taking it to newer depths. The agency has clearly identified itself with the ruling establishment.

It has become part of a trio including the Enforcement Directorate and Income Tax, to be unleashed on the critics of the central government. Even the non-BJP led state governments are finding themselves being targeted by the agency. 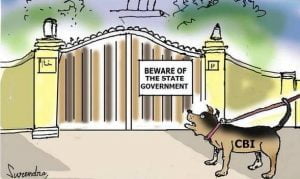 The “general consent” had been given to the CBI to enable it to intervene quickly and ensure that the investigations by state police forces were not biased.

Maharashtra is the latest among the state governments to withdraw the “general consent” given to the CBI to investigate cases in the state.

It would mean that the CBI shall have to first obtain permission from the state government before initiating any investigation. Perhaps the immediate trigger was the suspicion that the central agency would take over investigations in the TRP scandal case which the Maharashtra Police was investigating. 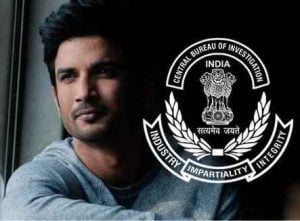 Earlier the agency had taken over the Sushant Singh Rajput case.

Among other states, Andhra Pradesh, West Bengal and Chhattisgarh have withdrawn the “general consent” given to the CBI in recent times. These state governments have indicated that they suspected the agency of acting at the behest of the Centre.

As stated earlier, the CBI has been often accused of being partisan in favour of the central government, but this time the situation is worse than ever. Despite Prime Minister Narendra Modi calling for “cooperative federalism”, the Centre-state relations have rarely been so strained as these are now.

This tension is reflected in several important decisions taken by the government including the laws relating to farm produce, sudden imposition of lockdown, roll out of the GST and demonetisation etc.

However the current stand off between the centre and some of the states on CBI needs to be resolved through mutual talks and even through the intervention of the higher judiciary.

There has to be a system of checks and balances to see that no agency, whether it is a state agency or police force or a central agency like the CBI, can misuse its position and subvert justice.

Farmers’ Movement: A Proud Legacy But Now Be Careful....