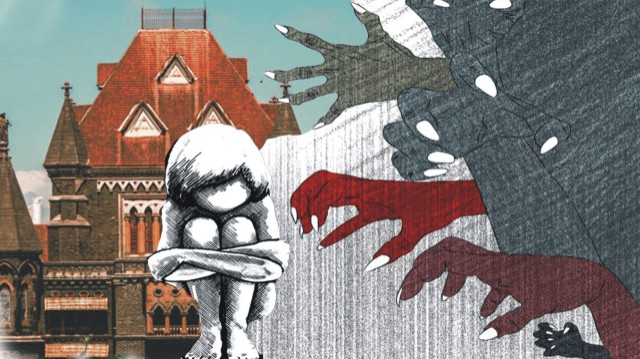 In the year 2012, The Protection of Children from Sexual Offences (POCSO) Act was enacted to protect children from offences of sexual assault, sexual harassment, and pornography and provide for establishment of Special Courts for trial of such offences and for matters connected therewith or incidental thereto.

The latest interpretation of section 7 (sexual assault) of the POCSO Act by a single Judge of the Bombay High Court, Nagpur bench has shocked all and sundry’s legal and judicial conscience.

Justice Pushpa Ganediwala of the Nagpur bench of Bombay High Court had shown the uncalled for and unfounded concern dehors the law by acquitting the accused sentenced to a minimum of 3 years of imprisonment for sexually assaulting a minor girl who was yet to enter her teens.

The reasoning advanced by the Judge that mere meddling with the minors breast sans ‘skin to skin contact’ cannot be construed legally to be an offence of sexual assault as defined u/s 7 of the Act is beyond the perception of a person of average prudence,beliefs and merits to be visited with the scathing observations to contain the menace. Section 7 reads thus:- 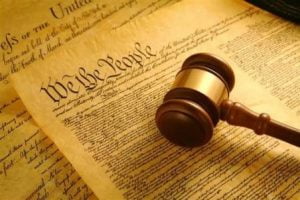 It is evident beyond any shred of doubt that in the majority Judges have become super legislatures and the Constitutional mandate of separation of powers in between the legislature, Executive and Judiciary have been given a complete go-by. The ill-effect of the same is that it erodes the public’s confidence at large in our judicial system, which was known to be more sacrosanct and beyond reproach.

The Attorney General’s constitutional agility is absolutely in tune with the demand of the day qua apprising the Supreme Court about the reasoning of ‘skin to skin contact’ by the High Court Judge. It would take away the soul and spirit of the law (POCSO Act) and demoralize the persons affected.

In turn, the Supreme Court also displayed great concern by putting in abeyance the reasoning of the single Judge of Nagpur Bench of Bombay High Court.

To the memory of the author, the first such incident occurred concerning the High Court of Rajasthan, in the case of State of Rajasthan vs Lichma Devi, (1986) 1WLN106, wherein, late Justice Guman Mal Lodha, out of his uncalled for zeal ordered that the convict mother-in-law be publically hanged for murdering the daughter-in-law relating to case u/s 302 I.P.C.

The then-Attorney General like the present one after hearing the news telecast took all the pains to bring to the Supreme Court’s notice and accordingly the order of the High Court was stayed and, after that, set aside.

This is a settled proposition of law that Judges cannot legislate the law come what may. The Judges’ pious duty is to apply the law in terms of its enactment irrespective of the consequences. 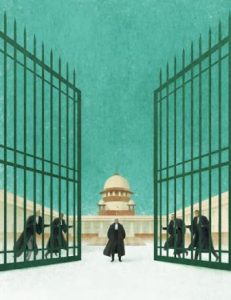 The Golden Rule of interpretation is that when the statute’s language is explicit, unambiguous, and susceptible to one meaning; it has to be followed in letter and spirit without the least deviation and irrespective of consequences.

A few years ago a Bench of the Supreme Court gave a new twist concerning the arrest of the accused in relation to the crime of section 498A IPC (which relates to subjecting a married woman to cruelty). Later on, the larger Bench of The Supreme Court set aside the judgment (supra).

The Supreme Court is known Constitutionally to be the custodian/guardian of the citizens and has taken Judicial notice of various illegalities committed by the Executives viz Police brutalities.

The mandate of judgments (supra) is highly salutary, but the mandate is shining in seclusion for want of Judicial sensitivity. The authorities, both judicial and non-judicial with specific exclusions, construe the Judicial order having its roots in Article 141 of India’s Constitution as written on water.

Equally regrettable is that Supreme Court, when apprised with this bizarre contravention, turns a blind eye with certain exceptions. The mandate is being flouted with disproportionate impunity. The blur lies with the Constitutional Courts and with the Bar for not adequately agitating the issue. Resultantly the unconstitutionality and the illegality grow with untold proportions and breed corruption of inexplicable magnitude.

The architect of the Constitution Dr B.R. Ambedkar said in the constitutional assembly debate that

Our country is already standing at no. 86 out of 180 countries in the list of globally corrupt countries. It is a national shame and corruption in public life must be contained with the iron hand.

The Supreme Court‘s collegium deserves to be applauded for its decision to hold back the confirmation of the erring Judge who devised the reasoning of ‘skin to skin contact’.

The Judge was grossly oblivious that the legislature by way of amendment, post Nirbhaya case of 2012 has amended section 354 IPC, whereby, even stalking a woman to foster personal interaction or monitoring the use of the internet by a woman or any other form of communication would fall within the purview of section 354 punishable with three years of imprisonment on first conviction and the repeat offender be punishable with imprisonment of five years.

The offence of stalking in its purview includes the women who have attained the majority. Ridiculous reasoning of ‘Skin to Skin contact’ has been pressed in play for acquittal of the 39-year-old convict is beyond the perception of any sensible man. The Courts must apply the law in its most real sense lest justice becomes a mirage for the justice seeker(s).